Most Call of Duty players know every Infinity Ward game has a Captain Price of sorts, and within the last couple of days a few images were posted online, which can be seen in this post.

One of these images apparently shows evidence of Captain Price in COD MW3, although some gamers think it could be Reznov, you can see the image on this page. For us it’s pretty obvious as being a continuation of Modern Ware 2, what do you think?

There is not much more to go on other than the image below, and we’ll not normally post news such as this, especially considering how thin it is but for some reason the evidence of Captain Price/Reznov in COD MW3 is a big deal to the gamer. What do you make of this? Will you sleep tonight now you know? 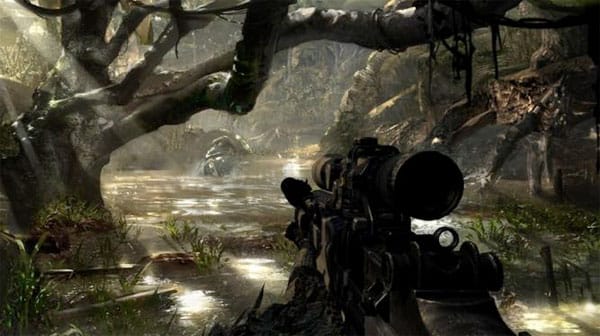 Earlier today we touched on the idea of Call of Duty DLC costing a lot for the dedicated fans, especially when they buy nearly every game in the franchise. The idea of having Modern Warfare 3 include all maps from previous games is a favorable one amongst gamers, but also an option that will surely never see the light of day thanks to it not being good for business. You can read more on this in the article here.

Will you be buying MW3, and what do you make of CoD Elite and the recent news that the game will include 41,000 lines of dialog?