There seems to be several cards being released of late, and so it’s a very bust time for those reviews that have been asked to review them for a verdict. One fine example is the EVGA GeForce GTX 1080, which is a Superclocked Edition card thats sports ACX 3.0 cooling to help deliver what’s said to be awesome graphics, and user experience.

While there are not too many full-on reviews, we have come across one EVGA GeForce GTX 1080 review, which offers us a small taste of what this card has to offer.

In this review you get to see a few EVGA GeForce GTX 1080 benchmark results for the graphics card running Middle of Earth: Shadow of Mordor (DX 11) – FPS Ultra/High Quality, All GFX features enabled. It was pitted against five other cards in that test. 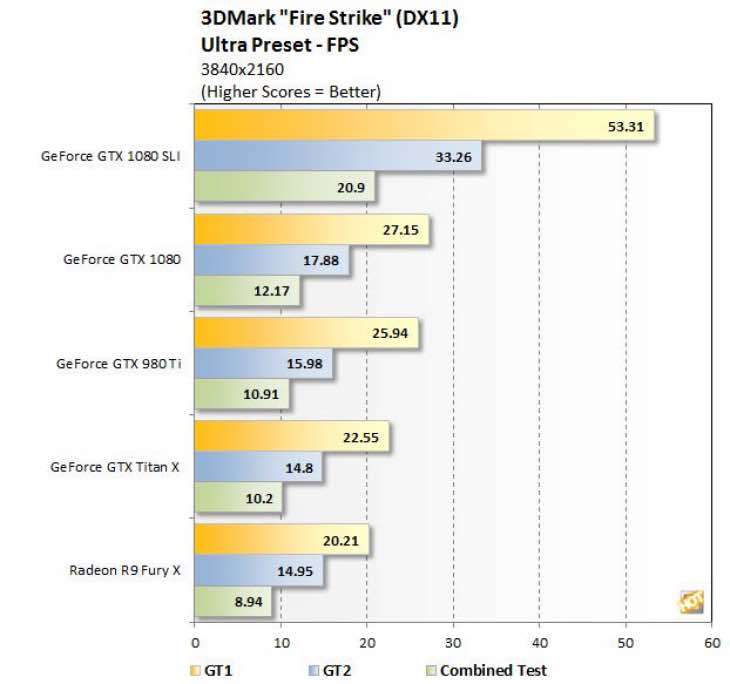 The tester also pitted the card against a few others while running 3DMark Fire Strike (DX 11) Ultra Preset – FPS as well as the same, but with Scores instead. The overall results are positive, with the EVGA GeForce GTX 1080 obviously coming out on top – by a long way we may add.

It’s worth pointing out that the tests were run at 4K and that the image settings were on their max level. Having said that, Hot HardWare did not use one of the SLI bridges high-bandwidth.

With Computex now just a few days away, it will not be long before we start to see several other cards aiming to take a shot at this one. Full details of the latest Computex new announcements can be found on the official event website.