Ultimate Team debut Muhamed Besic from Everton Football Club heads up a list of new FIFA 15 player ratings, and these can be seen during a prediction video below on this page. You will also see some returning Legends in FIFA 15 thanks to the new Turkish league, these include Taiwo and Emenike, and a second video embedded below with Everton FC’s Muhamed Besic producing some amazing touches during a live football match.

The screenshot seen here reveals Besic’s expected FIFA 15 player rating card and of course in his newly signed Everton FC kit. The screen features ratings for FIFA 14 thanks to an add-on pack, and his predicted ratings for the upgraded FIFA 15 coming in September. 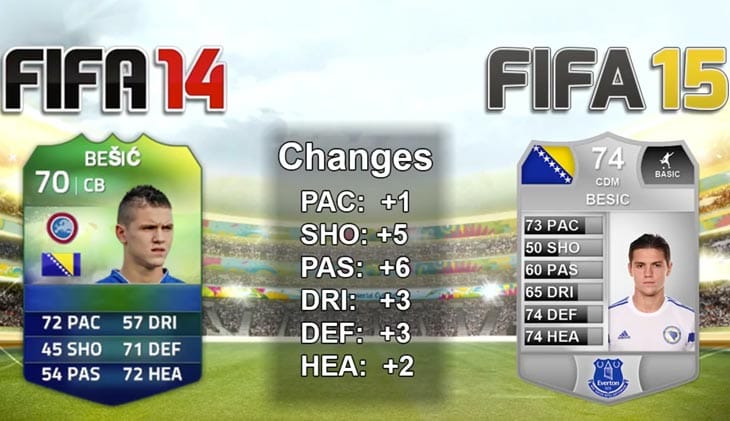 You can see a couple of other rating predictions for Emenike and Taiwo, which are thanks to screens from the video for these returning Legends. The last FIFA version is also featured in the left card, although feel free to watch the video below for further insight. 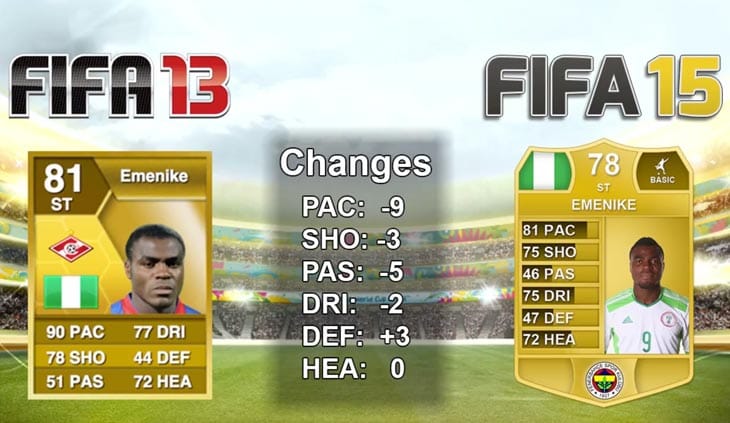 Take a look at the videos, and then let us know what you think about the predictions made within the first video? We should note there’s a slight miscalculation in the ratings, as you might notice Taiwo’s card being downgraded with an incorrect shooting score on the FIFA 15 prediction.