The Everton vs. Chelsea start time today is under a couple of hours away and a prediction video aims to play out this football match within FIFA 14 once again. These gamers can be hit and miss with their predictions, although recently we saw one get the score spot on even by half-time. This prediction includes a Chelsea FC lineup with the front four including Diego Costa, Eden Hazard, Oscar, and Andre Schurrle.

Within Everton FC’s front four you’ll find Romelu Lukaku, Leon Osman, Steven Pienaar, and Aiden McGeady. You can see the full predicted lineup for each football team within the screenshots below, although remember this is just a prediction from a fan within FIFA 14. At the very least, you might find the gameplay interesting to watch until the kickoff time. 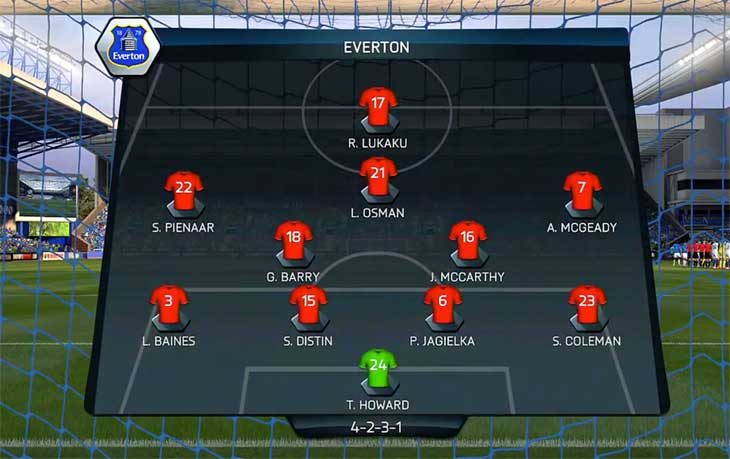 The gameplay is taken from Sony’s new PS4 console and during the match you will see Andre Schurrle score the first goal for Chelsea FC. The second goal goes to Everton FC with Steven Pienaar scoring, and this puts the teams at a draw by half-time. 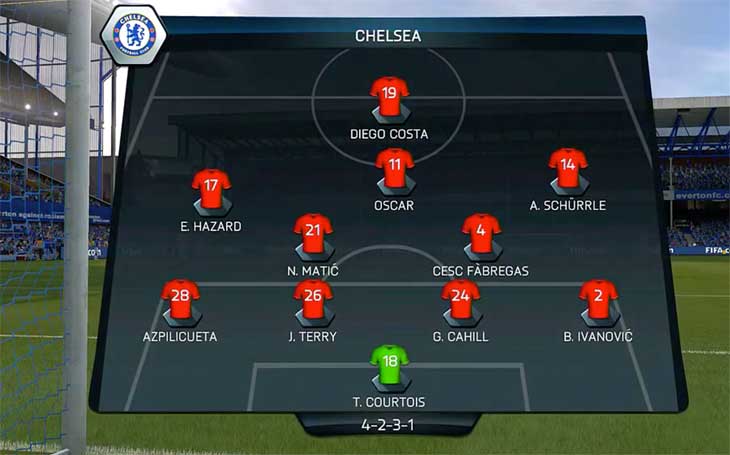 We’ll leave you to watch the rest of the gameplay, although the prediction ends with Chelsea beating Everton 2-1. Do you agree with this prediction for Chelsea to win today? The kickoff is under 2 hours away now, so leave a comment and let us know your prediction.