The Eurovision 2016 final will be featured with a live stream from within BBC iPlayer, which is favoured among UK fans of this entertainment channel for video coverage of the event today. There will be plenty of apps servicing other European countries with live video streaming, currently we only know the UK offering, but feel free to mention Android, iOS, or iPad apps within the comments.

It’s easy to download the free iPlayer app and watch the 2016 Eurovision final live via this iTunes page. Those opting to watch this years contest on a television set should consider using the official Eurovision Song Contest application, which features information about each artist and even better, you receive the ability to vote within the official app as well.

If you run an Android device, then you could try downloading the iPlayer app on Google play for both phone and tablet devices. As we mentioned above, this offers Android users access to a live Eurovision video stream for the final today that starts in just over 30 minutes time (currently at the time of publication). 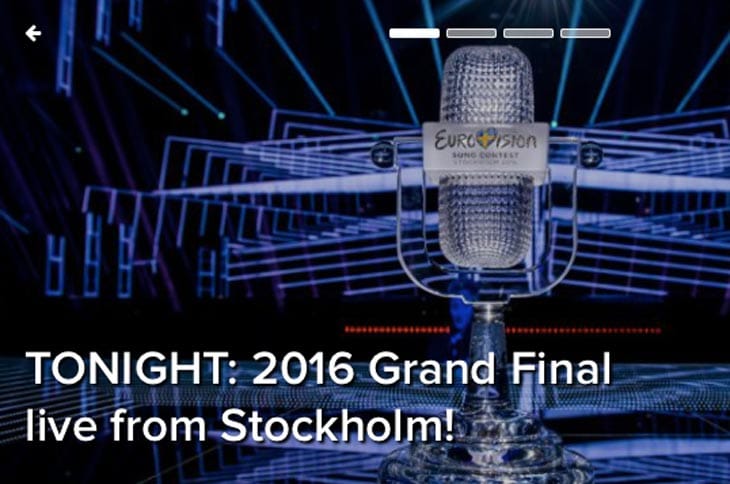 How will you be following the 2016 Eurovision contest live in 2016? Will you use normal TV services, or are apps better with voting for you? We’d also like to hear your opinion on both the lineup and songs this year, seen below at eurovision.tv, so feel free to share a comment about the contest and results as they arrive.

It’s also easy to access the Eurovision 2016 live stream online by heading to the BBC here at their site. If you’re not living within the UK, then the best place to visit is this page on eurovision.tv for the 2016 Grand Final, which allows viewers to watch this years Eurovision Song Contest no matter what EU country.