Now that Honda finally revealed the European version of its 2015 NSX we finally thought we would be treated to one of the more important details, and that was the European 2015 Honda NSX top speed. However, while we now know pretty much most of its specs, the small matter of how fast it can go was omitted.

The second-generation 2015 Honda NSX has been on show at Geneva, where McLaren’s Jenson Button was also on hand, along with his MP4-30 F1 race car. Unlike the new Audi R8, the new NSX is a far cry from its predecessor, and so the only thing that remains the same is its mid-mounted V6 engine, although this will be a highly updated version.

That new powertrain consist of a twin-turbocharged V6 engine with a nine-speed dual-clutch automatic gearbox mounted to it. That’s not all, as there are also three electric motors fitted to help generate a total of 550 horsepower, although Honda has yet to confirm that figure. 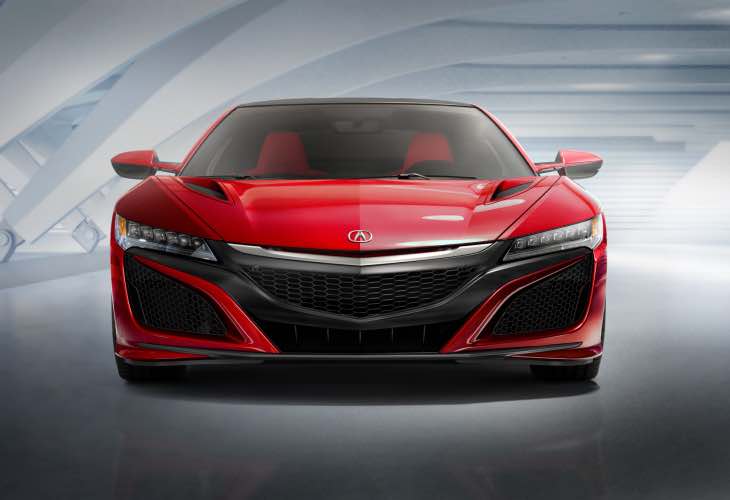 We already know that the all-new NSX will be superb on the road and racetrack thanks to switchable chassis modes; these are Quiet, Sport, Sport+ and Track, so something for everyone. We cannot wait to see the guys on Top Gear put this through its paces, although we doubt that will be till next year, unless on its 2015 Christmas special.

Honda has yet to offer details on the new NSX price, so for now we ask that you head over to the Honda website where you will be treated some of the main specs and features. However, we understand that some of you would like to see what the 2015 Honda NSX interior is like, and so check out the video below.