The Euro 2016 dates are June 10, 2016 — July 10, 2016, and so there is still time to buy tickets to the matches. There are 10 venues in all, and so will make it easier for people to get to there – well as long as there are still no strikes going on in France that could cause issues for people getting fuel if they tend to drive.

Euro 2016 bracket prediction – We know that we are not a website about sport, but from time-to-time sports does cross paths with our particular subjects, with video games being one of the most obvious. We also like to see what’s going on in the world of autos, and knowing that the likes of Hyundai is part of the upcoming football tournament means that there is often news to report because of the carmaker getting involved.

This Hyundai Predictor is a fine example because it gives you the chance to get involved with the Group and Knockout stages, where you have the opportunity to pick the order that you think the teams will finish in each group in. 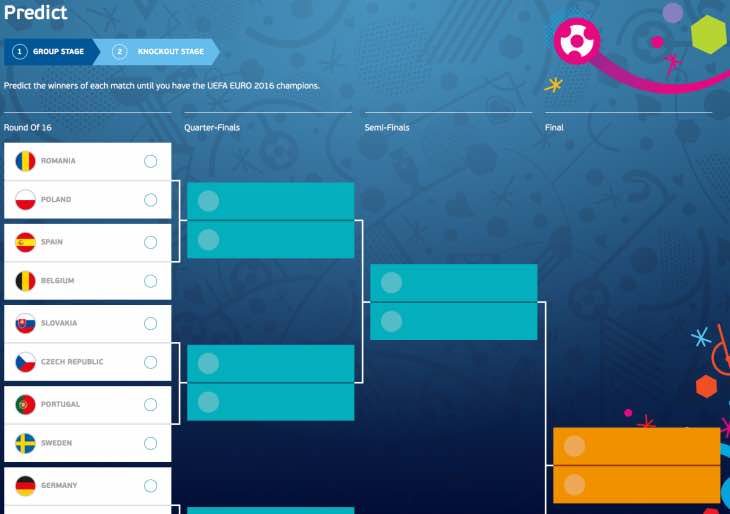 You will know that there are 6 groups in all, and only once you have made your predictions will you be allowed to go onto the next stage of the website, and you do this by dragging the teams into the order you assume they will finish their groups in.

From there you will then be able to pick the winners of each match until you finally come up with your UEFA EURO 2016 champions.