The app is called ESPN Tournament Challenge for iPhone and Android – with ESPN advertising it as the number one bracket app for the 2015 NCAA Men’s College Basketball Tournament.

The app is free to download for both platforms and aside from making your NCAA bracket picks, you even have the chance to win $20,000 and earn yourself a trip to the Maui Invitational – not bad at all.

Both the Android and iPhone versions have been updated within the last few days, with the developers saying that crash fixes and other performance improvements have arrived with the latest build. 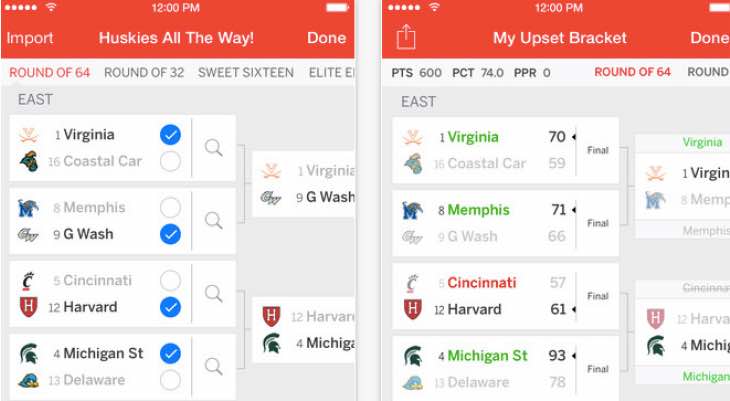 However, you may want to be aware that there are some ESPN Tournament Challenge sign-in problems, with some users saying that their app simply crashes after signing in – or in some cases, won’t let you sign in altogether.

On the whole though, it is one of the best free NCAA bracket apps around, so you should definitely give it a go if you are currently on the hunt for a NCAA Tournament app.

To those that are already using ESPN’s app, how do you rate it compared to others?