We had a feeling that an Ermac reveal was on the cards for Mortal Kombat X. It turns out that Ed Boon’s hilarious ‘Bernie Mac’ Tweet 24 hours ago was a teaser after all.

Ermac has now been officially unveiled as the next Mortal Kombat X roster addition, as the developers unveiled the telekinetic ninja in a live stream event.

The character is going to be returning with some of his trademark moves that we know and love from previous games. These include his tele-kinetic lift, but also some new ones too including complete ability to fly around the map – Sindel style. 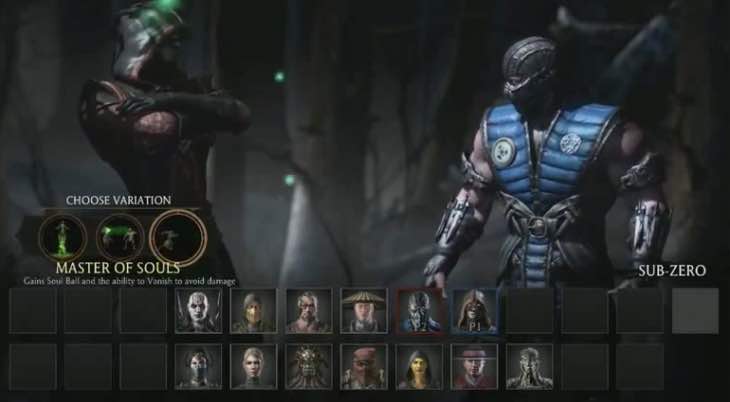 Thanks to the stream, we now reveal Ermac’s three variations in Mortal Kombat X. They are as follows, with their official description in the game:

Spectral – Gains ability to fly and unique attacks from the air

You can see an image of the Mortal Kombat X character select screen above, which now shows Ermac and one of his variations – is that an extra slot that we see on the right now, by the way?

During the official Ermac reveal trailer, we didn’t see his fatality as it was cut out. However, if you watched the stream in full you had the chance to see it in all its glory.

Fortunately, for those that missed it we can now bring you that fatality in its entirety – it’s pretty gruesome as you would expect from Mortal Kombat.

Make sure you skip to the 29 minute mark on the clip below if you want to advanced straight to Ermac’s fatality. If you watch the whole thing though, you’ll also get to enjoy Kung Lao’s moves and fatality on top.

What are your thoughts on Ermac’s design in MKX – are you happy with it? Hopefully there will be a way to unlock his classic ninja costume as what we saw in Ultimate Mortal Kombat 3 – that’s easily our favorite.