The Game Developers Conference 2011 is currently taking place at the Moscone Center in San Francisco, a recent article posted by Gizmodo features a gallery of screenshots showing the latest improvements which have been made to the Unreal Engine 3.

This may not sound like a big deal, however Epic Games’ Unreal Engine 3 is used by a wide-range of games, therefore the improvements made to the engine will allow any developer using UE3 to create games with better visuals.

Below we have embedded one screen showing off the impressive visuals created using UE3, if you would like to see all of the high-resolution images check out this link. 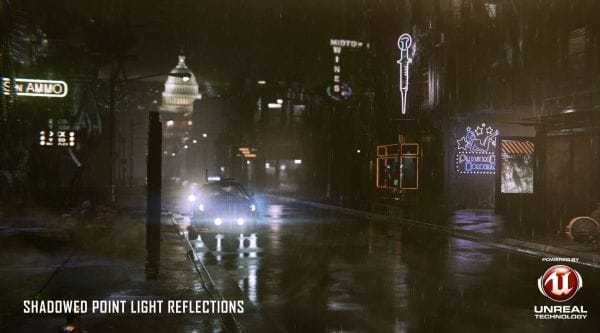 You can see a list of games which currently used the Unreal Engine 3 here, some of the most impressive titles using this engine include BioShock, BioShock 2, Borderlands, all three Gears of War games, Mass Effect 2, Medal of Honor and Blacklight: Tango Down.

A trailer video showing off the engine was played at GDC 2011, however this has not yet gone public, therefore we will have to keep you posted as it becomes available, are you looking forward to the next-gen of games which use the Unreal Engine 3?