After so much speculation about the Samsung Galaxy exclusivity deal for Fortnite on Android, it is great to see Epic Games open up the game to other Android users without a Samsung device.

We recently shared a list of officially supported Android devices that can run Fortnite and now Epic Games has sent out word on Twitter that the beta is now rolling out to non-Samsung devices.

What this essentially means is that if you are currently signed up to the waiting list on a supported device, there is a good chance that you are going to gain access to the game soon. 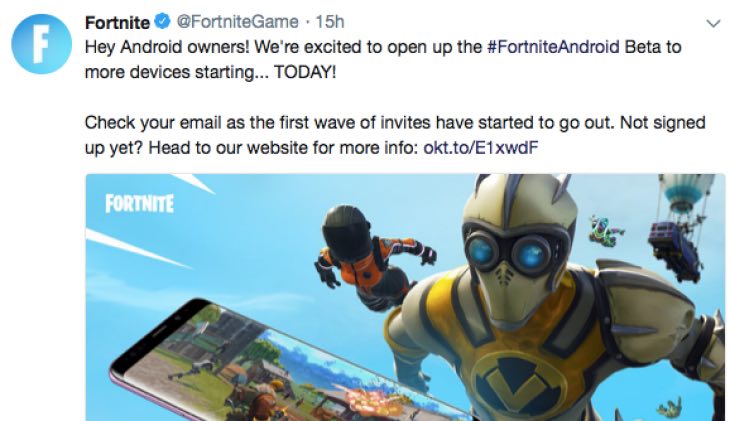 Epic Games has told Android users to check their emails to see if invites are available and we’ve had confirmation that OnePlus 6 and Nokia 8 users are now able to play as a few examples.

Meanwhile, Fortnite has also confirmed that there are ongoing performance issues with Fortnite running on devices with 4GB of RAM or less. The developer has said that background apps running can affect the performance of Fortnite, so while they investigate further, users are recommended to close all other apps before attempting to play. 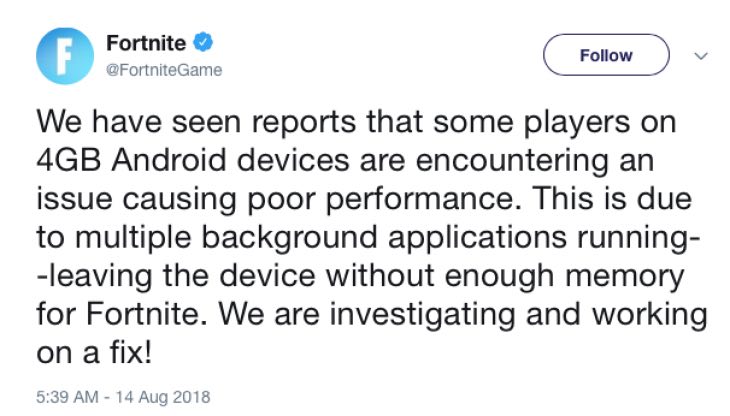 Are you able to access the Fortnite beta on your Android device, or are you still waiting for the email from Epic Games?