The Frankfurt Motor Show 2015 Press Days are on September 15 and 16, and as such people have already started to look for the entire IAA 2015 exhibitor list. However, details of this have yet to be finalized and so we still have to wait for this list to become available.

It’s all very well advertising to sell Frankfurt Auto Show 2015 tickets, but there will be some visitors holding off until they know what the entire IAA 2015 list of events will be, and this can only be fully revealed once we have the full exhibitor list.

The 2015 Frankfurt Motor Show Public days will be Saturday, 19 September to Sunday, 27 September 2015, and so you still have over a month and half to find out more details about this annual event. 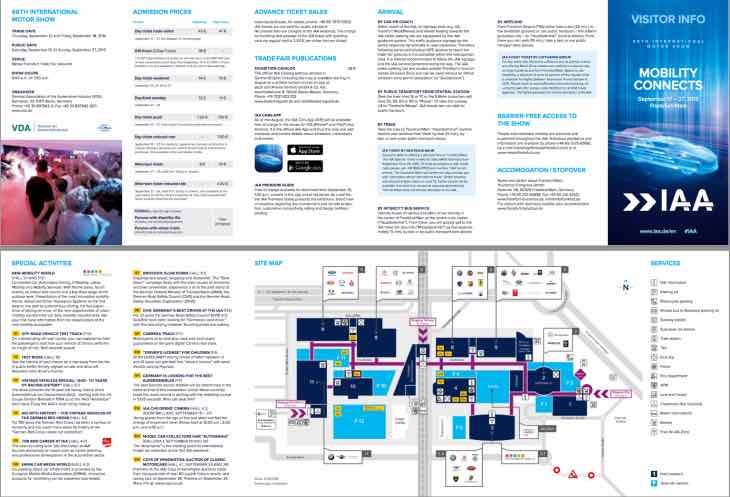 The good news is, you can download the visitor information, which offers details such as admission prices, the best way to travel to the 66th International Motor Show, the special activates that will be going on, and also the 2015 Frankfurt Motor Show map of the venue.

As for the Frankfurt Motor Show 2015 new cars being unveiled, Car magazine has an A to Z of the new models coming to the event, although there are certain to be more – just don’t expect the LM2 Streamliner.