A few days ago a countdown appeared on the OnePlus website teasing some sort of partnership with JBL, and while many tech websites assumed it would be some sort of Bluetooth speaker, they were a little off. The product that was launched less than an hour ago was a set of JBL E1+ Earphones, which have been designed to work perfectly with the OnePlus One handset.

This handset has already taken certain markets by storm, and so enhancing the OnePlus One by giving it a set of powerful sound-enhancing earphones will giver other phone makers something to think about. Not many phone makers spend so much time with the headphones, although Apple does, and maybe even more so now they have acquired Beats. 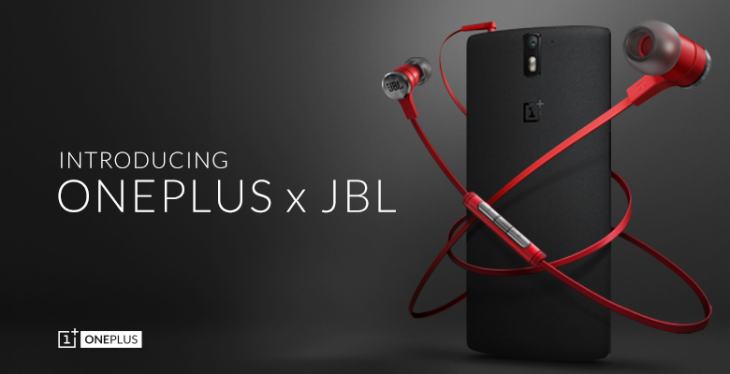 What they offer – If there was one way to give your OnePlus One an update, then it would be to its sound, seeing as though users are more than happy with most other aspects of the phone. The JBL E1+ Earphones makes use of 9mm JBL drivers and PureBass technology to deliver maximum sound. It’s not all about the bass though, as these earphones also offer dynamic, high frequency, shape sound.

You will see in the video below these earphones from JBL are lightweight and has a flat cable to reduce tangling. There is also a built-in remote to control things like volume, skipping tracks and answering calls on your OnePlus One handset.

It’s not yet known when the JBL E1+ Earphones will be available for sale internationally, but we do know they are to cost $39.99, although it will be this month. It’s also not known if you will be able to purchase a limited edition OnePlus One compete with these sound-enhancing earphones.