The film industry has the Academy Awards and Television has the Primetime Emmy Awards, which took place last night (Sunday) at the Nokia Theater in LA. You can read about the 2010 Emmy Winners in this article, but if you want live video and the latest Emmy news on a mobile, then you will want the Emmys.com app.

Emmys.com is the official site for Primetime Emmys, and iPod touch, iPhone, and iPad users with OS 3.1+ can find out the best and worst of last nights Emmy awards. You can download the app via Apple iTunes here.

The information about the app is limited on iTunes; although we know it was only released 3 days ago, and includes videos, pictures from the 62nd Primetime Emmy Awards, live video, a fan discussion page, and a lot more. 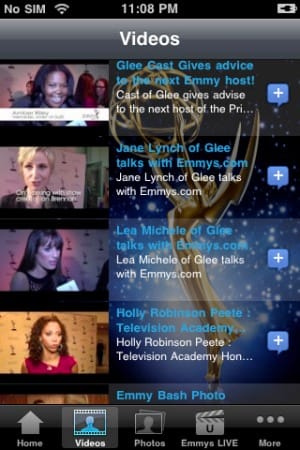 Have you used the app? Let us know how you rate it. This iOS app comes from iTunes seller Ustream.tv, Inc.