We have some information for you now regarding the Emerson LF401EM5 40″ 1080p 120Hz Class LED HDTV which is likely to be a popular model this month. Those looking for a Emerson LF401EM5 review may want to take note in the fact that this is actually a 60Hz TV, rather than a 120Hz one.

We know that Emerson TVs are very popular during the busy shopping period and it was only a few days ago that we told you about the Emerson 50-inch LF501EM5F, a TV which belongs to the same series, but with a bigger 50-inch display as opposed to 40.

We have seen the Emerson LF401EM5 40″ Class LED HDTV specs advertised at retailers at Walmart, offering a 120Hz refresh rate. However, this is not to be the case as it’s actually 60hz native in reality. 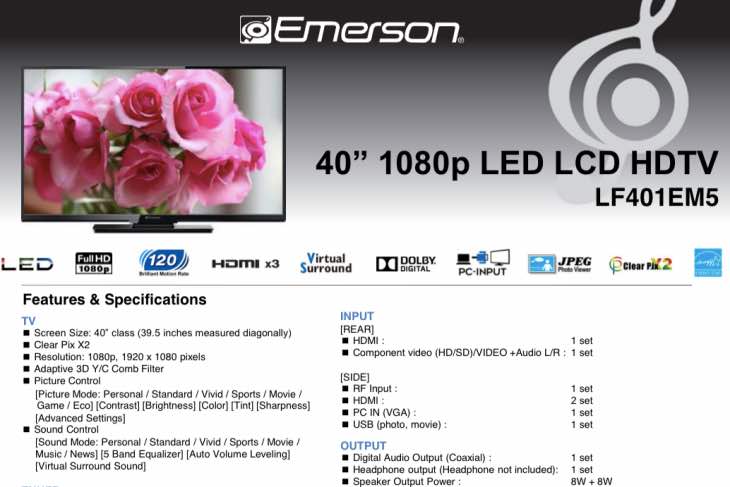 This has been proven in Emersons official tech specs for this model, as they make no mention of the fact that this is a 120Hz TV, but simply list ‘120Hz brilliant motion rate’ which will emulate 60Hz.

It’s also a similar tactic to Samsung, but the difference with Samsung models, is that Samsung would actually list a TV to be 60Hz or 120Hz, then clearly list their own Clear Motion Rate of 240 so consumers are aware.

On Emerson’s listing though, there’s no such mention of 60hz so we thought we should give you a heads-up on that if you are thinking of buying. 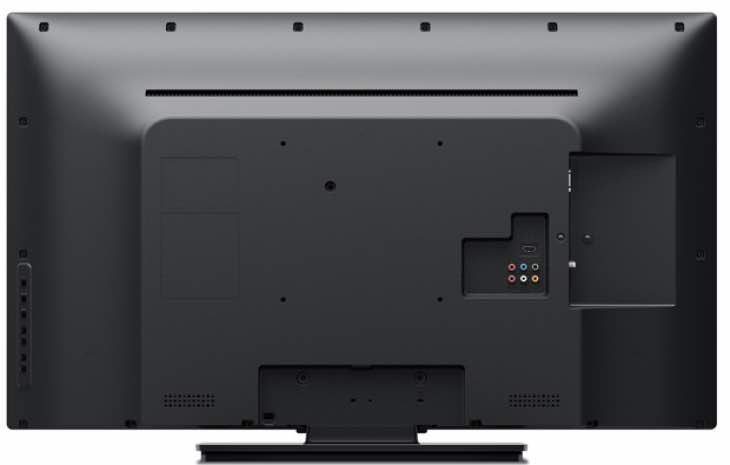 We’ve added a screenshot of the official specs for better viewing, but you can download the entire document for yourself here. Also for those that need it, we’ve located the official Emerson LF401EM5 manual in PDF as well.

Let us know what you think of this TV model and if you are considering a purchase this month. Do you think it is a bit sneaky that it is being advertised with 120hz, with no clear warning that it is in fact 60Hz?