Tablet PCs appear to be quite a popular subject on the Internet at the moment, what with all the news coming in about the Apple iPad 2, the Motorola Xoom and the LG Slate. Another tablet PC that has recently been mentioned online is the eLocity A10.

According to a recent article by Edwin Kee over on the ubergizmo.com website, the eLocity A10 — which will come with Android 2.2 Froyo installed — will be available to pre-order as from February 15th, from online retailers such as Amazon, TigerDirect, JR.com and BHPhoto.

The A10 comes with a starting price of $399, which according to Shane McGlaun from slashgear.com is for the 4GB unit. If 4GB storage isn’t quite enough for you, then you have got the option of the 32GB and 64GB versions, which cost $599.99 and $699.99 respectively. 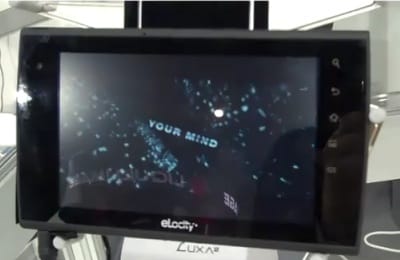 The eLocity A10 comes with an NVIDIA Tegra 2 T250 CPU, and features a USB 2.0 port, a microSD card slot, a HDMI output, 3-axis accelerometer, a docking port and a 10.1-inch IPS display with a resolution of 1366 x 768. It also comes with Bluetooth and Wi-Fi connectivity.

Do you like the sound of the eLocity A10, or would you prefer to purchase another tablet PC such as the Motorola Xoom or Apple iPad 2?