Update: We got some of the information wrong about how many seats the P5 has, and assumed it would not offer the same creature comforts of a vehicle like the Prius. We have since updated this.

People have been wondering of late what the latest Elio Motors P5 progress is, and so it was nice to see that the company is at the LA Auto Show this week. You know when progress is going well when this concept vehicle is now being shown in one of the main areas of the event, and not in the basement. However, there is still a way to go.

Elio Motors has been sharing some new details on its P5, which has added further excitement to its projected delivery date, which is expected to be around 12 months from now, although only for those that have already pre-ordered the P5. 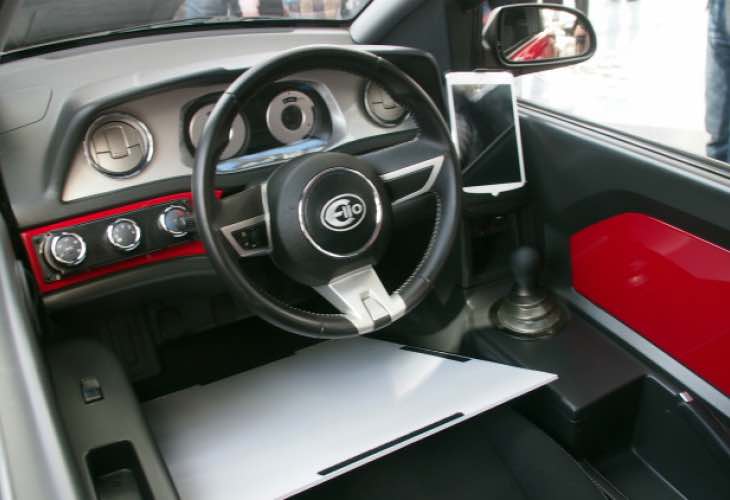 The Elio Motors P5 fuel economy target is 84 miles per gallon, although there is still a way to go to achieve this. The company has said its results currently stands at 81.6MPG, although these are based on software projections.

However, they are now being more realistic and saying that no matter what happens, the P5 will be able to achieve more than 75 miles per gallon – which is still very good. Although, they still plan to do everything they can to get more than 80MPG.

Do you think that figure is impressive when you consider it only has 2 seats, and the Toyota Prius achieves around 50 miles per gallon, and it comes with 5 seats. However, the Elio does come with the creature comforts you get from a standard family-size car.?