There are now only a few weeks to go until Christmas and the annual Office parties and so it will not be too long before we see an ElfYourself by OfficeMax app update, as iOS and Android users will no doubt start using this app once again. We are not certain what the 2014 Elf Yourself update will bring, but we do hope there will be some new themes, just as there was last year.

The last time the Officemax Elf Yourself app was updated was December 2013 for Android and February 2014 for iOS, with the latter offering bug fixes and performance/sharing enhancements. There are three ways to add a photo, the first is to take a photo with your mobile device, the second is from your saved images or select a photo from Facebook. 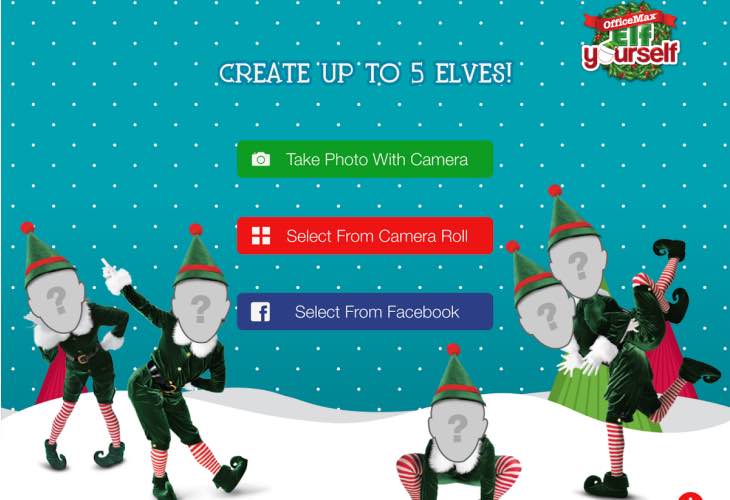 Officemax ElfYourself themes for 2014 – We know the issue with themes is the fact you have to pay for packs, although some of them are often free, and so you will need to keep an eye on those this year. Each pack costs $0.99, although the cost of all the dances for last year was $4.99.

It is not certain if you can use those same dances this year, but there were reports during Christmas 2013 that all the packs bought the previous year had to be purchased once again.

If this happened to you please let us know, as well as what new theme you would like to see.