It’s almost December again and will soon be time for the Elf Yourself Facebook craze via Android and iOS apps to begin once again. For the past couple of years people with Android and iOS devices have made funny dance videos and then shared them to the ever-popular social networking service.

We have no idea just how popular ElfYourself will be for the build-up to Christmas 2014, but seeing iPhone, iPod touch and iPad version all get an update a few days ago by Office Max, they suspect it will be just as popular, unlike Bitstips, which success was short lived. 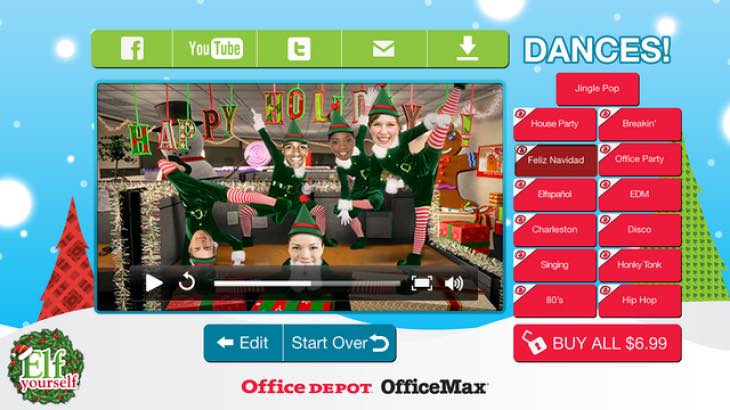 Magic Mirror LLC updated the iOS version to 3.2 and resolved issues for devices running iOS 8.0.2, and also fixed a problem with restore purchase along with additional bug fixes. However, you are warned to update to the last version of iOS as to not encounter any compatibility issues. A word of warning, all dances you purchases will have to be re-downloaded after the update.

For some reason Officemax has not updated ElfYourself for Android, although we suspect a new version will not be released until next month seeing as the last update was back in December 2013.

Do you think this app will prove just as popular this year, and if so what new dances would you like to see added?