The Elf Yourself by Officemax app has certainly become a craze this Christmas thanks to an Android and iPhone update that delivers something cool to share this season. You might have already seen a number of the ElfYourself videos on YouTube and Facebook, or even taken part yourself with the new Christmas dances and in-app purchase downloads.

On Google play, you will notice an update that went live targeted to kill problems with Elf Yourself by Officemax for select Android phones and tablets.

The December 7 update takes the app to version 1.1.3, although users should make sure they are running at least 1.1.1 if they have problems with memory allocation. This issue was apparently resolved in 1.1.1, so if you find this isn’t the case then we would love to hear from you in the comments. Also, let us know what device you are using with what version of Android. 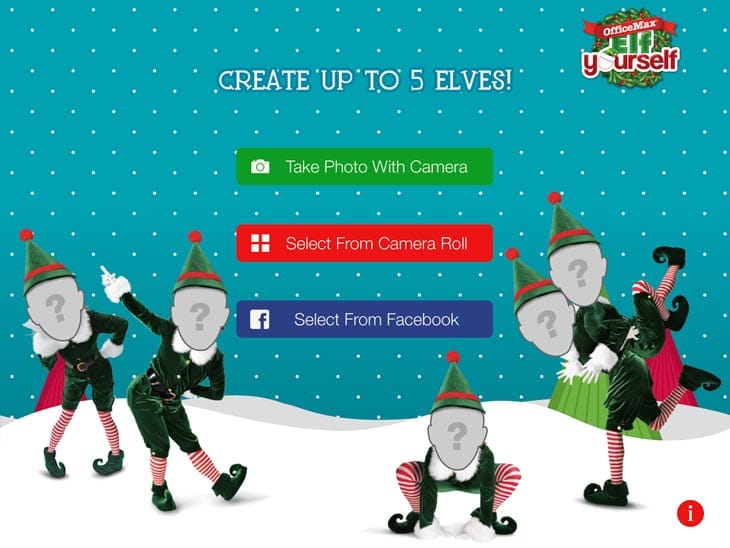 The most recent Elf Yourself by Officemax app update is missing a changelog, so we cannot see what changes were made although we’re led to believe that the update was targeted at fixing bugs rather than adding new features. Again, feel free to share a comment if you see any new features added to the Elf Yourself app on Android.

Even after this update some users still have a few issues and one comment explained, “It worked great until you try to send it to Facebook or email, then it just doesn’t work”. We have tried to do this with the latest Elf Yourself Android update and found everything working fine, so this would most likely be an issue with select Android devices.