When the new 2013 Elf Yourself app was released this year, it was only made available for iOS users. Those of you with an Android device had to wait a little longer, but it was worth it for some of you.

This is because for the most part the Elf Yourself for Android app worked fine, but some had issues sharing the generated videos to Facebook, which we recently explained.

However, this is a small price to be when you currently have the most popular app on iOS or Android devices, just spare a thought for those with a Windows Phone handset. 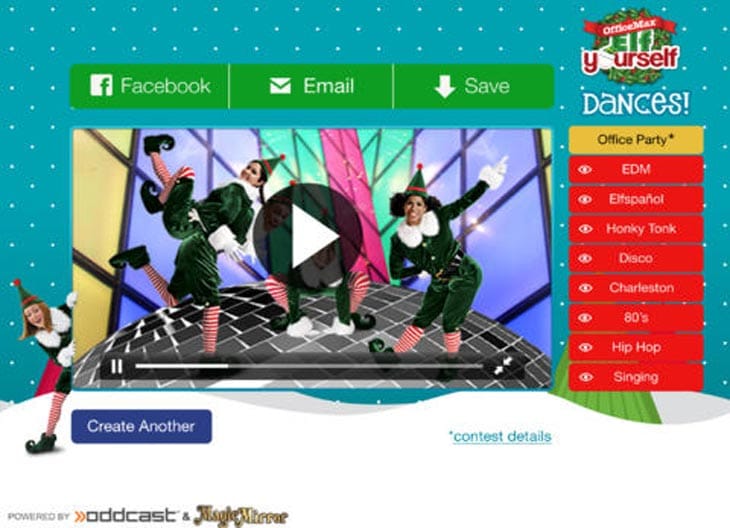 There is no chance that Elf Yourself Windows Phone will be released in 2013, and so we can understand why users are frustrated with the developer of the Christmas themed app. It is for this reason why we have seen them searching for Elf Yourself alternatives for Windows Phone.

We also thought we would have a little search, and we have come to the same conclusion as those unhappy Windows Phone users, there are no Elf Yourself alternatives for them.

One would have assumed that a Windows Phone developer would have come up with some sort of alternative, although this does not take away the fact that Elfyourself by Officemax and Magic Mirror LLC was not officially released on Microsoft’s mobile platform in the first place.

Would you like to see Elf Yourself release on Windows Phone, or at least one alternative like we see plenty of on Android?

This is the main differences between Windows Phone and Android with many Elf Yourself alternatives being offered, although it is not fun when you want to find the correct app and many fake apps launch on Google play before the official release.

We have already seen a lot of real demand for Elf Yourself on Kindle Fire HD and we looked at how this app has joined the Bitstrips craze on Facebook a week ago.

It will now be interesting to see what happens next with Elf Yourself, although a number of Product Reviews readers want to see more dances in different themes over 2014.