Those of you who are specifically looking for the cheapest televisions in 2014 are probably looking at a few common culprits in terms of brands. We’ve already told you about the 50-inch Emerson TV that is selling with a massive discount this month, but now it is time to turn our attention to a Element ELEFW503 50-inch LED TV review in 2014 for those that want to go with Element instead.

Many of you are probably faced with the difficult decision with regards to Element Vs Emerson TVs, often asking yourself which is the better model out of the two.

Truth be told, they both offer very similar hardware specs to compete with each other, with the main difference usually coming down to the fact that they are available at different retailers – Target and Walmart for example.

Looking at the Element 50″ Class LED HDTV specs, the ELEFW503 model offers LED display quality at a full HD resolution of 1920×1080 pixels. There’s a refresh rate of 60Hz, while Element offers three HDMI ports and a USB port as connectivity options – it looks like there is no VGA port however, so be aware of that if you are still using an old school PC without HDMI. 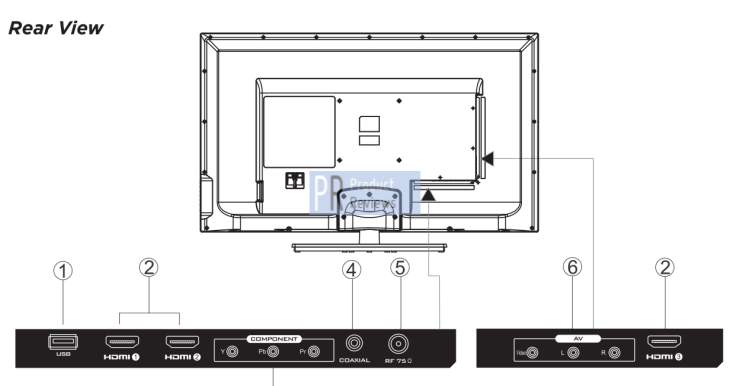 Elsewhere, Element offers a reduced power consumption feature when using the LED backlight on the TV, while the 2000:1 dynamic contrast ratio offered is reasonable, but obviously nothing amazing compared to more expensive brands.

It also has to be said that the Element ELEFW503 50in 1080p 60Hz Class LED HDTV is not Smart TV enabled. However, the included USB port with HDMI means that you can easily equip a Roku Streaming Stick to this TV and transform it into an entertainment hub yourself.

Overall, it looks like this is going to be a fantastic TV for those that really want to save money on a big screen TV. To give you evidence of this, we have picked out a fantastic Element 50″ 1080p 60Hz LED HDTV review page over at Walmart here.

The page contains over 20 reviews from those who have already bought one, with the majority of buyers saying that it is a fantastic TV for the price. No major problems have been mentioned either, with many consumers saying that the picture quality is fantastic despite being a budget brand.

We have also located the Element 50-inch Class LED ELEFW503 HDTV manual which you can download. One observation though, as the model number reads ELEFW502 which is a single digit difference – the specs remain the same though, so the manual will still prove to be good reading for you.

Being built in the US may just help to sway the deal further too. Let us know your thoughts on this TV and if you are considering a purchase this month. Do you trust the Element brand as a TV compared to other models?