Ever since Apple released its popular iPad tablet PC back in April, it has gone on to become one of the most popular and sought-after gadgets of this year. That’s why it comes as no surprise, to learn that the iPad is in fact at the top of the list of most wished for gifts this Christmas.

If you thought that gaming consoles such as the PlayStation 3 or the Xbox 360 would be at the top of the list of the most wanted items this Christmas, you’d be very wrong. According to an article over at tqcast.com by Desz, research from The Nielson Company shows the Apple iPad at the top.

The list shows the most desired electronic devices by kids aged between 6 and 12 years and surprisingly, the iPad is right at the top. What’s even more surprising is the fact that the PS3 came fifth on the list and Microsoft’s Xbox 360 console came second from the bottom. 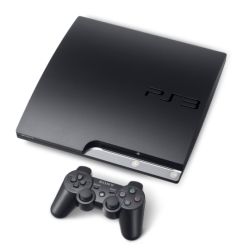 The second most desired electronic on that list is a TV, followed by a non iPhone smartphone. The PS3 came ninth on the second list, while the Xbox 360 came in 12th. The iPad hasn’t disappeared off the list completely though, as it came in at number 4. You can read more via tqcast.com.

What have your children put on their Christmas wish list this year?