With the threat of global warming and us constantly being reminded of the effects cars are having on the environment in general, it is no wonder electric and hybrid alternatives to the combustion engine motors are becoming increasingly popular with car manufacturers.

That being said, these designs and the plans that go into producing a vehicle like this do not come cheap. Also with more and more electric powered cars being released there aren’t enough EV chargers being made as readily available as regular gas pumps, and probably won’t be for while either.

This means owners of cars such as the Prius PHEV and the Leaf are left having to charge up at home. This would inevitably increase electricity bills, or would it? This is where Dominion Virginia Power comes to the rescue. 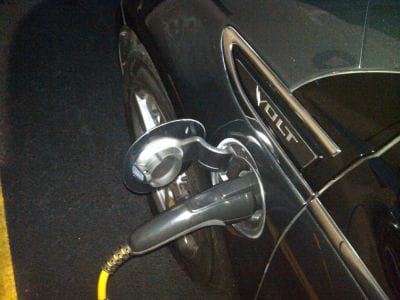 The electrical company is currently waiting for approval from Virginia State Corporation Commission for their proposed offer to cut their off peak tariffs by over half to encourage customers to make the switch to electric vehicles. This would mean you were to charge up at night it wouldn’t cost that much. You can read the press release at Engadget to find out more details about the company’s pilot program. You can also check out the best of the electrical cars out there at the moment.

Do you own an electric car? What do you think about this deal?