We have some exciting news for Elder Scrolls fanatics now, myself included as it looks like the official box art for Elder Scrolls V: Skyrim may have leaked a little early than Bethesda had hoped after an image of the box art appeared online this week.

Usually you may be a bit skeptical on the authenticity of leaked box art some 5 months before the game releases, but we can tell you that the origin of the box art actually surfaced from the official Xbox website.

According to their listing, below is the image which could turn out to be the final retail box, as reported from Lost Generation Gaming. You can view it at the bottom of the text.

As you can see, Bethesda has gone for the simple, but effective approach – and we have to say we like what we see. They could have chosen to go down the over the top route, adding dragons, some landscapes, the main character and so on, but we’re loving just the plain logo with very little else going on.

Also, the Skyrim box art is very similar to Elder Scrolls IV: Oblivion, so that puts further strength behind the image. Take a look for yourself and let us know your thoughts on it. Are you a fan of the simple box art, or would you have liked to seen something with a bit more character and detail? 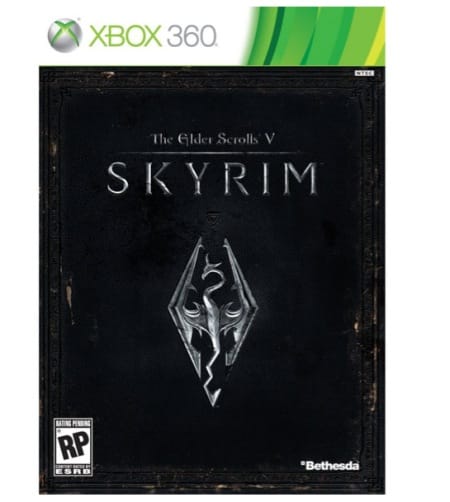