We have a treat for Elder Scrolls fans now, as Bethesda has shown off a in-depth look at upcoming release Skyrim during a presentation at QuakeCon 2011. User-filmed videos are being uploaded and taken down by the minute by Bethesda, but it is unmissable footage that you will definitely want to check out if you are planning to buy the game on November 11th.

The video shows gamers an all-new look at Skyrim, as the showing at QuakeCon was the first time Skyrim had been played live in front of an audience. Just for your reference, the footage shown was the PS3 version and Bethesda again confirmed that the PC version of the game will be the best-looking out of the three platforms that Skyrim is available on.

We get to see dragon battles in full, as well as the various dragon shout abilities you can possess after taking down a dragon – it’s no easy feat though as seen in the near-40 minute video. We also see the new interface system and Bethesda were not lying when they said they wanted to make things a lot less tedious than the inventory menu featured in Oblivion.

Also new is a skills system which allows you to unlock abilties for each given attribute. In Skyrim, as you level up your skills, you will unlock perks to use with each level up, so for example levelling up the Block skill will unlock block-type abilities for your player to use. In Oblivion, this was similar but you only had a few ‘power based’ moves to use – Skyrim looks to feature around 6-10 different perks to use within each skill category. 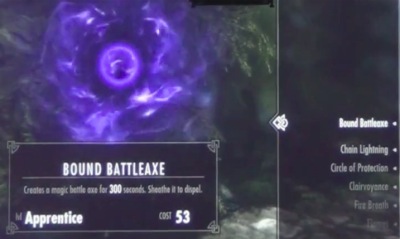 Aside from the graphics which are looking nothing short of breath-taking, the animations this time around are really impressive. Just looking at the detail used in one of the hidden ruins in the game is a clear step-up in visuals compared to Oblivion, so it really is a game which you’re going to love looking at as well as playing it.

We’ve included a YouTube link to the presentation below, but it is very likely to get removed very soon, so watch it while you can. If it does get removed, it’s not too hard to find a new video after a bit of searching – I’ve even seen a HD upload of the presentation too (contact me below if you need it). It’s worth pointing out that Bethesda are aiming to release a proper version of their QuakeCon Skyrim footage soon, so don’t panic that you won’t be able to see it. 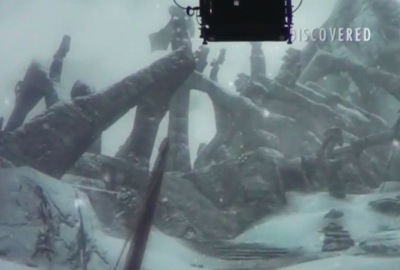 What are your thoughts on the new gameplay? Are you still impressed with the new game, or did you find some areas that you’re disappointed about? All we can say, is bring on November 11th!