We have just had confirmation from the developers on the Elder Scrolls Online December 22 maintenance, but more importantly there is no heads-up on when the Xbox One TESO servers will be back up – as usual.

It must be frustrating for players to see these frequent maintenance periods for the game when you just want to play, but even worse that there isn’t an indication on when you can sign in to the Elder Scrolls Online servers again. 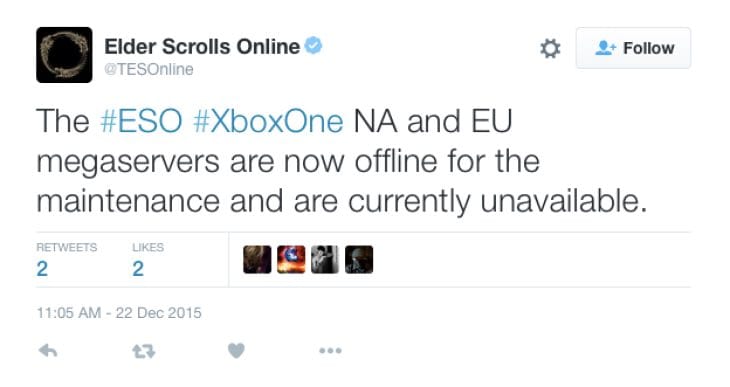 The only thing you can do right now is to stay tuned to the official Twitter page, as they’ll be letting users know once the servers are back up.

Were you just trying to play and got kicked out of the servers? Let us know if you agree that it is frustrating that there is never an ETA on when the servers will return.