With the early issues surrounding The Elder Scrolls Online, you would think people would be a little apprehensive in buying the game, but far from it. The thing is, there are always teething troubles, especially with a game so huge and reliant on servers.

The Elder Scrolls Online is set to become one of the most popular games of 2015, as people that loved to play Skyrim will want to explore more of the world, especially as it is set many years before the events of Skyrim. As always, people in the UK will be looking for the cheapest place to buy the new title, and two retailers you should consider are Tesco and GAME UK. 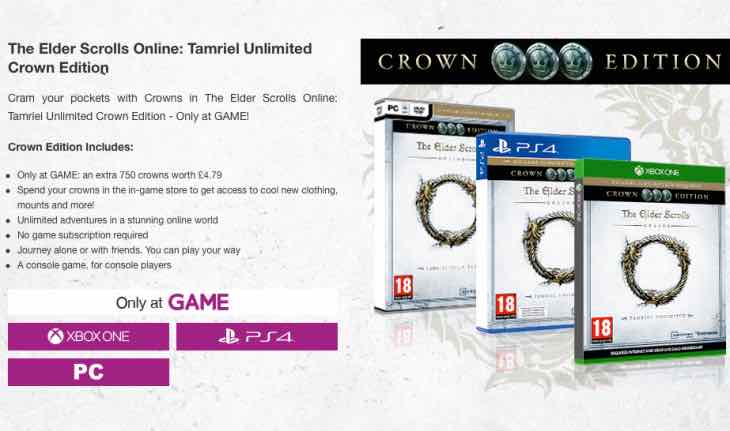 It’s worth noting that Elder Scrolls Online price at Tesco is cheaper than game, although not certain how long this lower price will be for. If you are after the PS4 or Xbox One versions, then you will pay just £42, which also comes with Clubcard Boost. The PC version is just £33.

Even though the Elder Scrolls Online GAME UK price is a little more expensive, you also have more options available. First up is the Tamriel Unlimited Standard Edition, which is £44.99 for the PlayStation 4 and Xbox One and £32.99 for PC. Next we have the PC download only Tamriel Unlimited Digital Imperial Edition for £69.99.

So there are your options, but which version of the game do you plan on buying.