A surprise period of Elder Scrolls Online maintenance has just occurred for players in Europe. This time however, there has been no indication from Zenimax that the servers were due to go offline.

Both pages have no information on Elder Scrolls Online Megaservers downtime on August 25 in Europe – but it is definitely offline for many players at the time of writing. 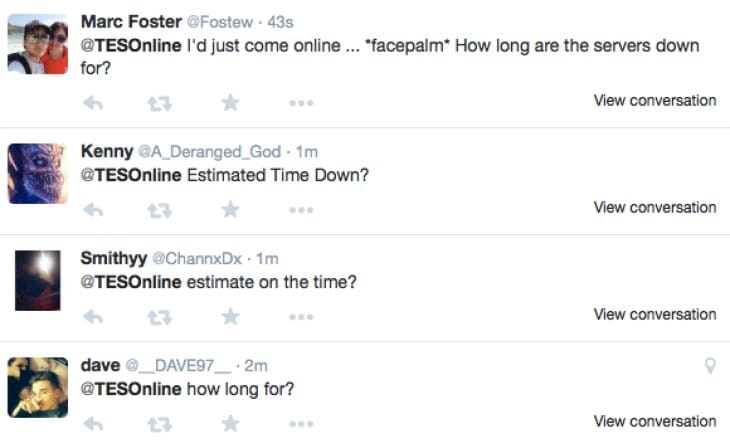 This is highly frustrating as you can imagine as players need to know when TESO will be back up. Hopefully the developers are aware of the situation and are planning to fix so that there isn’t a need to give a proper reason why the servers are offline.

Keep checking this page and we’ll bring you the latest updates on this as we get it. Are the Elder Scrolls Online servers down for you in US and Europe right now?

Update: Minutes ago, Zenimax has now acknowledged that the servers are offline in both Europe and the US. No sign of a back-up time though – let us know your thoughts on this.

The #ESOTU #XboxOne NA and EU megaservers are now offline for the maintenance and are currently unavailable.