This is not good enough for some players, as a basic demand whenever a product or service goes down is to offer a heads-up on when it will be available again. 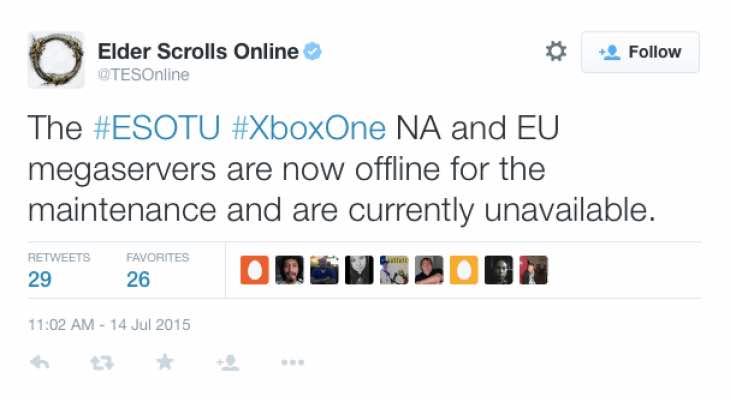 For some reason though, Zenimax has not given a time for when the Elder Scrolls Online maintenance will end and normal play will resume.

You can see some of the complaints underneath Zenimax’s Tweet, while we have embedded a selection of other feedback which you can clearly see below. 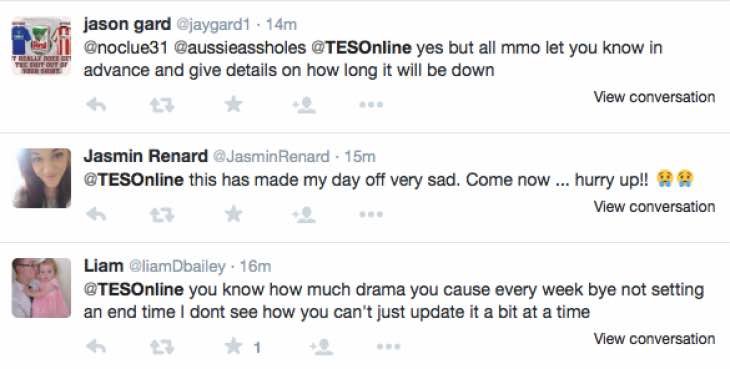 Do you agree that it is unacceptable that there is no back up time for a game as popular as the Elder Scrolls Online?

Let’s hope that there’s a good reason for the lack of communication and that when the game is up there’ll be some surprises in store for players.

Is Elder Scrolls Online down in North America and Europe for you right now?