We have an update to give you now on the progress of The Elder Scrolls Online, the MMO that is currently in development by Zenimax Online Studios and due to be released later in 2013. Bethesda has confirmed that fans will be able to get their first chance of gameplay in August, while we also have a great new video to show you – confirming the return of a very familiar location.

After E3 2013 in June, the next big gaming event on the calendar is Gamescom 2013, which takes place in Cologne over in Germany. The event is usually packed with massive unveils and show-floor previews, and this year’s event is going to be no different. If you live in Europe and are a fan big of the franchise, you may want to try and book a trip to Cologne in August.

Bethesda has confirmed that they are bringing The Elder Scrolls Online to the event, letting attendees play the game for the very first time. GamesCom will commence from August 22-25 and tickets are available now, starting at 11 euros for a Thursday/Friday entry, 15 euros for entrance on Saturday or Sunday. 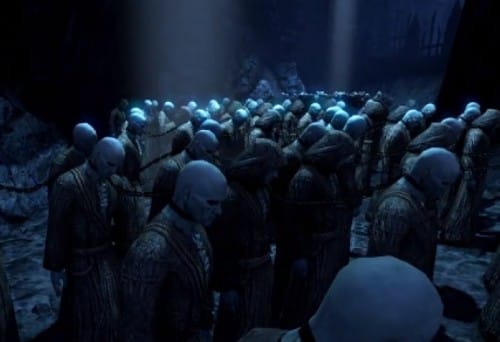 On top of that good news, a new trailer for Elder Scrolls Online is available, confirming that players will be able to revisit Oblivion, more specifically a plane of Oblivion called Coldharbour. This plane is ruled by a very famous character from previous games – none other than Molag Bal, the Daedric Prince God of Schemes.

We also find out in the trailer that Molag Bal will steal the players’ souls at the start of the game, which then leaves players to track him down in your journey to stop any further scheming from him. It sounds like just one of the main storylines that players will encounter on their travels, and we’re guessing Bethesda will be releasing more storyline snippets like this to show what else is coming.

An actual gameplay trailer will be nice though, one with just solid action and no cutscenes. Let us know if this game is on your radar, or if you are feeling burned out after Skyrim.