Zenimax has just taken the Elder Scrolls Online servers down on Xbox One again on early on August 11. The big complaint that we can see though, is that there has been no indication on when the TESO servers will be back up today.

This is obviously extremely frustrating for those trying to play as common sense would usually imply that all lengthy maintenance periods are at least followed up with a heads-up for players on when the Elder Scrolls Online servers will be back.

Not for the first time though, there isn’t any information that we can see suggesting a time for when players can start playing again. 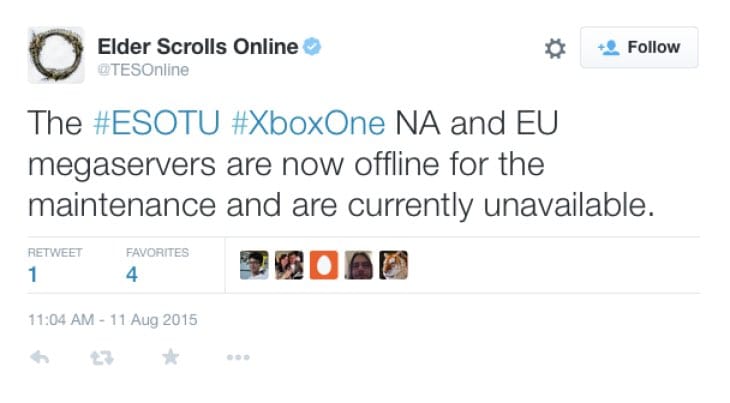 The Tweet above confirms that the Elder Scrolls Online Xbox One megaservers are down in both North America and Europe right now.

On the official TESO server status checker, we can see that the Xbox One maintenance is highlighted, but again there’s no information on the time that the servers will be back.

Do you think that this is unacceptable that you basically just have to sit there and wait for updates knowing that it could be hours before you can play again?