The Elder Scrolls Online beta codes for PS4 and Xbox One are now starting to be sent out by invitation only. If you feel like you have a chance to participate, you should now check your inbox to see if Sony has sent you an email.

This is a very limited beta and will only be available for four days. The exact times have already been confirmed, with the Elder Scrolls Online beta start time being 10am Eastern time from April 23-27.

This is also the Elder Scrolls Online beta end time too, so for those playing in the UK – you’ll be able to do so until 2pm UK time on both PS4 and Xbox One platforms. 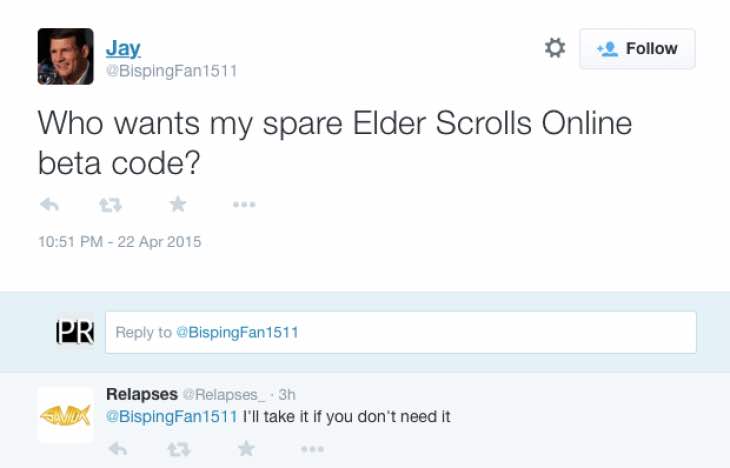 All is not lost however if you haven’t been sent the invite. We can see that some Twitter users have already started to offer Elder Scrolls Online beta code giveaways, on a first come first serve basis.

Failing that, you will also want to head to the official Elder Scrolls Online community over at Reddit – as a specific beta giveaway thread is now running too.

By following Twitter and by heading over to Reddit, you give yourself a good chance of getting a beta code if someone doesn’t want it.

There’s also the possibility of some users willing to trade, as we’ve seen one example of someone offering a Mewtwo DLC code for Smash Bros in exchange for an Elder Scrolls Online one – a pretty awesome trade in our opinion!

Let us know how you get on and leave your details below if you want a code – you may just get lucky.