With the Elder Scrolls Online servers down again for PC and Mac players in North America, many are predicting that the next patch for the game could be coming from Zenimax soon.

At the moment, the game is on version 2.1.8 as of October 5 with the last patch fixing up some much needed issues in the game – including freeing up those trapped chests in the Imperial Sewers that some of you have been annoyed about.

Now, we’re pleased to see that the Elder Scrolls Online 2.1.9 patch notes for PC and Mac are now live. Zenimax has posted the full list of notes on the official forums here, but you can see all of the key changes below. 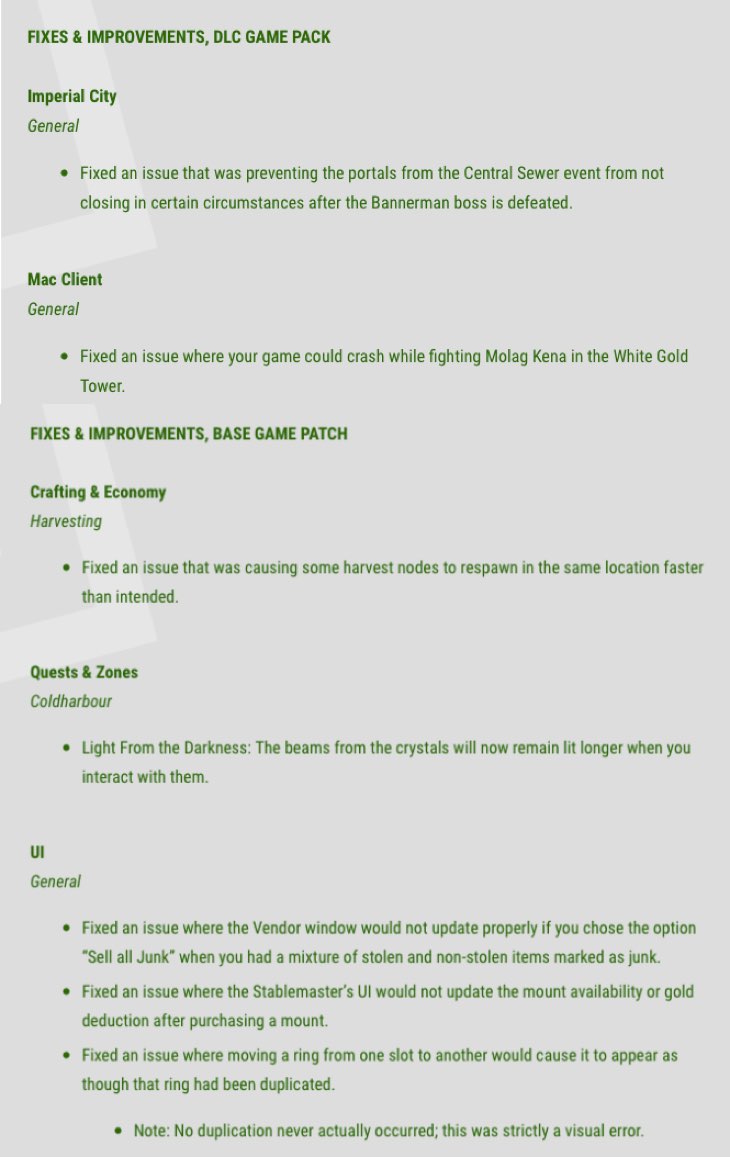 For those wondering how big the Elder Scrolls Scrolls 2.1.9 update is, it should only take around 140MB of space so it is not a major update.

Changes included in this update affect the Imperial City, general UI, and a quest in Coldharbour. Take a look at the notes through the link above and let us know what you think of this update.

Do you still have a specific issue that needs to be fixed before the Elder Scrolls Online 2.2.0 update?