If you watched the Euro 2016 final last night, you’ll know that the result was a Portugal win with Eder getting the winning goal in a massive shock.

However, we can also tell you that this had a knock on effect in the world of FIFA 16 as well. Particularly the transfer market as Eder cards on Ultimate Team were selling with a 600% profit compared to their normal sell rate.

This happened around 10 minutes after the final whistle and lasted several hours allowing those who had Eder cards to make a very easy profit. 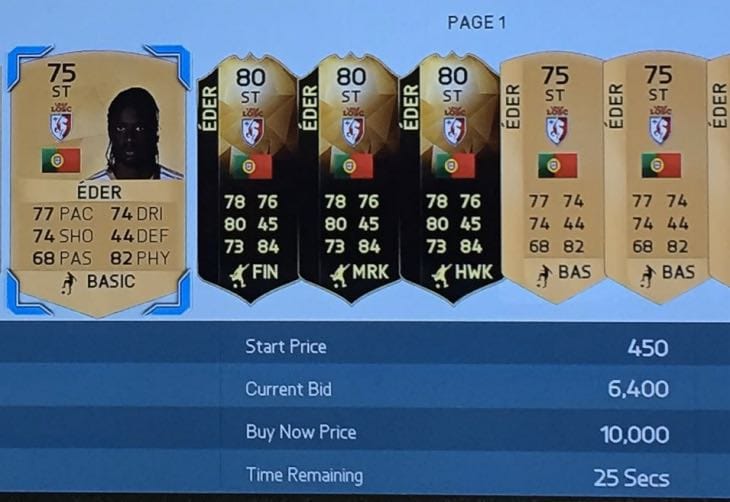 Players were able to buy these cards for 400 coins before the final, then sell for 6000 coins after the final so if you managed to buy multiple and sell them all at once it was a crazy amount of coins to make in a short space of time.

Did you take advantage of this, or were you late to the party? Let us know how much profit you made from these Eder cards and if you think he will get a FIFA 17 rating upgrade as a result of his winning goal vs France.