If you missed Belgium Vs Hungary last night in the Euro 2016 Last 16 match, you would have missed a masterclass from Chelsea’s Eden Hazard who scored in a MOTM performance. As a result, we can see that EA has wasted no time in offering up an ultra rare 91 Hazard iMOTM card for FUT 16.

As far as we’re aware, nobody has provided evidence of getting iMOTM Hazard in a pack yet on Twitter or YouTube. We can however show you a quick video on how you can use the Concept squad feature to put this new card in a nice team.

Watch the short video below, which is made entirely up of Belgian players for a 100 chemistry result and an 87 rated team that features big names such as Courtois, Nianggolan, Lukaku, De Bruyne and Vincent Kompany. 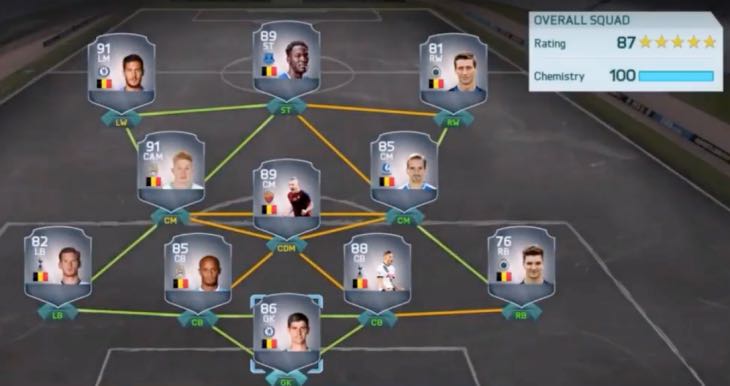 The question is, have you been lucky enough to get this new card which is only available for 24 hours?

Let us know what squad you would build around Eden Hazard and your predictions for which player will get an iMOTM card for the Euro 2016 fixtures for June 27 featuring Italy Vs Spain and England Vs Iceland!