EA has just gone live with their TOTW 32 players on FIFA 15 Ultimate Team. The prize pick is Chelsea FC playmaker Eden Hazard, who practically helped Chelsea FC to the title by scoring against Man U in the previous game.

Chelsea are now 10 points clear at the top of the Barclay’s Premier League table standings and need 6 points in their next two games to claim the title.

Hazard has not had an in-form card on FIFA 15 yet, but better late than never as his new card is amazing. If you are lucky enough to get a Hazard 89 IF in a pack on FIFA 15 UT, you’ll benefit from some amazing stats. 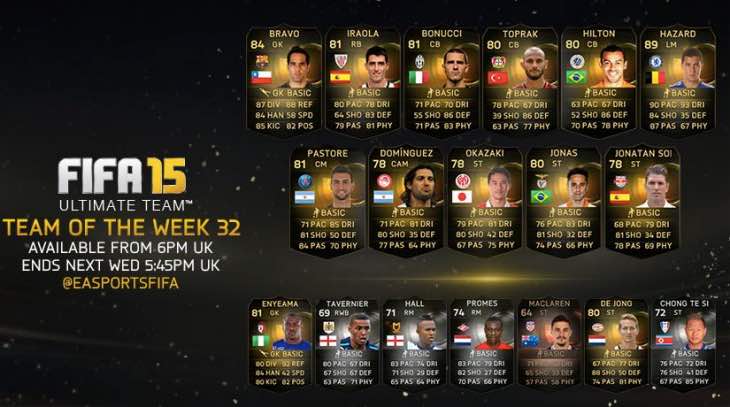 These include 90 for Pace, 93 for Dribble and 84 for shot which is pretty crazy. Simply put, if you pull one of these out in a standard gold pack you have been extremely lucky as it’s now one of the best rated cards in the entire game.

EA has literally gone live with this list so you’ll be able to see Hazard IF in FIFA 15 Gold packs very soon. Let us know what you think of the new stats and if you think it is well deserved.