The eBay password change request for PayPal would have come as a shock to many users and saw many people start to change their passwords, but don’t be too hasty.

We say this because this seems to have been done by mistake because Engadget has yet to hear back from PayPal, although the page that requested that users change their passwords has since been removed, although it still shows on the community page, so it would seem this was done in error. 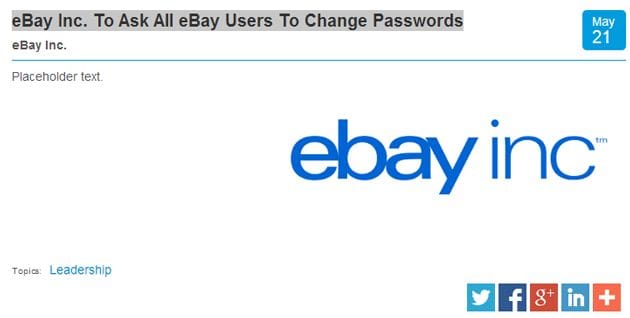 We would like to know what eBay and PayPal were playing at to do such a thing because this would have no doubt panicked some people, although this is just the response hacker’s lover to see.

However, when you look at the logo in the image above it is clearly a fake, and for that reason we can only assume that the site was hacked.