It’s been a long time coming, be there will soon be an official Reddit Android app, and developers have been able to test it during the closed beta testing phase. If you never signed up for the beta testing, then the bad news is you cannot anymore, as you had to volunteer at the end of 2015.

Even though we have no clue how long it will be before the Reddit Android app public release, we can already get an idea as to what to expect in terms of features.

An early Reddit Android app review – well too really – has already appeared online and it has found a few bugs. However, with some fine tweaking 9to5google and Android Police agree that this will be an impressive app. 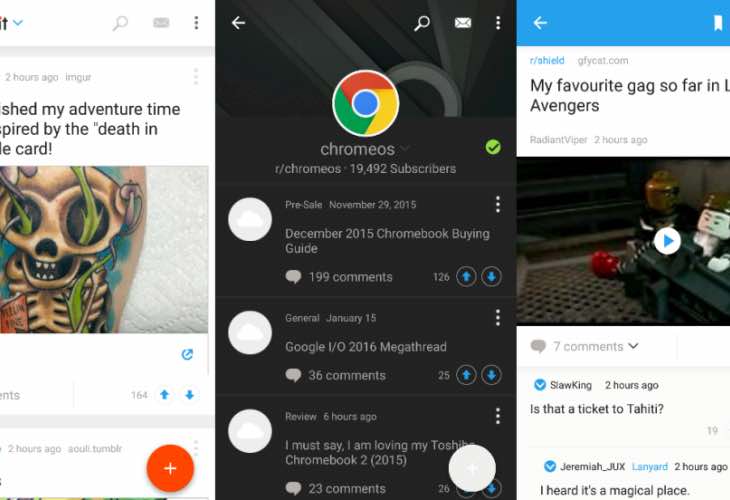 The current range of features are fine, but there is still room for improvement, which is what the closed beta testing is all about.

Looking at some of the screenshots we can see that the app has a day and night mode, which are represented as blue/white and a black interface respectively.

While we have no clue as to when the app will be released to the public, you will just have to make do with the current batch of third-party Reddit apps available on the Google Play Store.