Now that the Samsung Galaxy S5 is available for pre-order in the UK, we thought this would be the ideal time to remind our readers just how this latest Android handset compares to the iPhone 5S. We know that these are on different platforms, but we all know how some people can be persuaded to jump ship.

Some of you might have a good reason to jump ship because the S5 does not live up to expectations, and so might even consider going for the iPhone 5S instead. Having said that, we feel that if the Galaxy S5 is not for them, then people are more likely to go for the new HTC One, which will be revealed later today.

With the HTC One M8 design and specs still unknown to us, let’s see just how the Galaxy S5 compares to the iPhone 5S.

The early Galaxy S5 vs. iPhone 5S video review that you see below runs for a little less than 8 minutes, and covers all the basics when it comes to choosing a phone. The video aims to find out which of the two is the better phone, although we are sure most of you have already made up your mind. 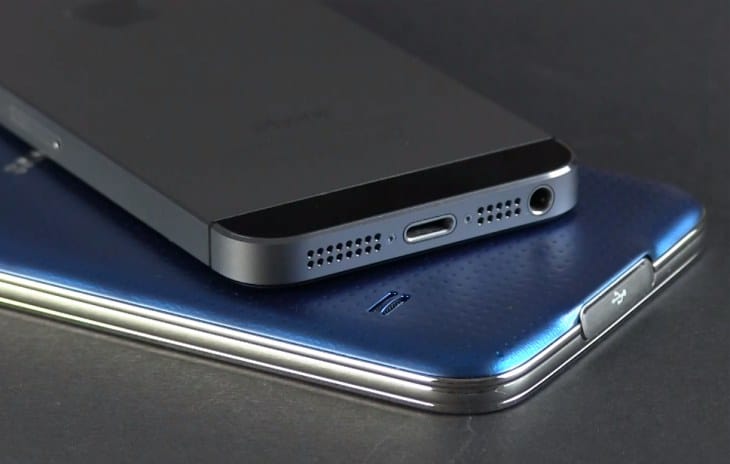 While the iPhone 5S feels just the same to hold as the 5, the S5 is an improvement over the S4 because of its improved back plate. However, it’s not the metal or carbon finish that we had hoped.

Being an iPhone user since 2007 it’s very hard for me to choose anything other than the iPhone. However, I’m under no illusion that Apple has a lot of ground to make up, and so the iPhone 5S was a huge disappointment, and for that reason I have missed the upgrade.

This is a decent review, but I’m more interested in a Galaxy S5 vs. iPhone 6 review in September, which is when Apple is expected to release its new smartphone.