We knew that Bajaj was going to launch its new Pulsar RS 200 bike yesterday on a national level, but as an added bonus also launched it on a regional level as well, making it far more accessible. Not only that, but the new motorcycle has been getting a huge amount of coverage, and we can tell that Bajaj wants to sell this model in huge numbers, as all the prominent dealers were on hand at the event.

It’s going to be a little while before we get to see a comprehensive Bajaj Pulsar RS 200 review, but some of the important players within the industry in India got to give the motorcycle an early review test, and so far things do seem rather positive.

Take BikesIndia for example, they were able to get hands on with the Pulsar RS 200, and although very short was more than enough time to offer an initial opinion. 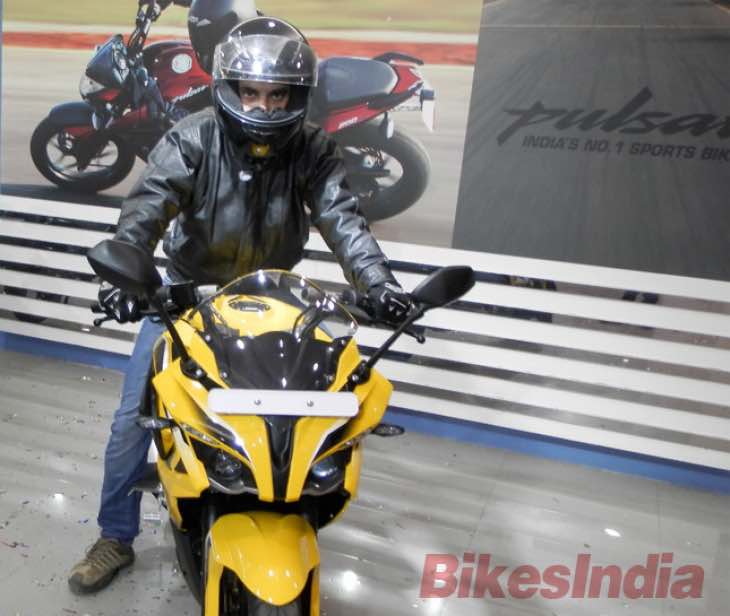 Some of the main aspects of the bike have been discussed in the review, such as its style and design, engine and performance, riding dynamics, ergonomics & electronics and their overall impression.

During the short test ride the bike did seem to impress them, and would seem a worthy competitor to the Yamaha YZF R15 V2 and even the CBR 250R.

As for price, we had already assumed what this would be, although this presumption was a little off, but the actual price starts at Rs 1.18 lakh.

See the video below for a walk around of this new bike from Bajaj.