Assassin’s Creed Syndicate has only just been revealed, but Ubisoft are already ready to show of some actual gameplay of the game – i.e, what you’ll see once the game is launched.

Usually we would have to endure countless cinematic videos or trailers made up of cutscenes before we actually get to see real gameplay in the build-up to a major game launch.

Not this time though it seems. Ubisoft is mixing up their strategy by unveiling a full nine minutes of pure gameplay from an alpha build of the game. 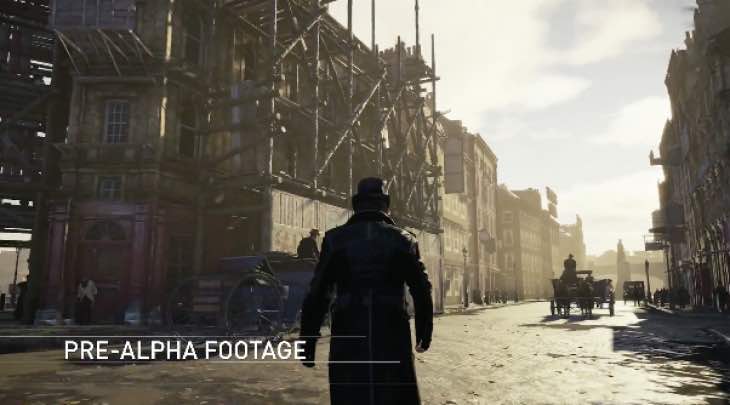 Although the game will obviously change in elements from alpha to final build, this video is a great way of previewing how general gameplay will play out.

Of course, it’s also the perfect opportunity to get yourself acquainted with main protagonist Jacob Frye. For those who want to see more of the location in the game, you can also sit back and enjoy how London looks in 1868 during The Industrial Revolution.

Watch the clip and let us know how you are feeling about Assassin’s Creed 6 so far. Is this a day-one buy for you or not?