We expect to see an early reveal of the 2015 BMW X4 next month during the 2014 Geneva Motor Show, with its official debut at the New York Auto Show in April. However, even before we get to see the new slantback SUV at these events so much is already known to us. It is because of this extended knowledge that an early 2015 BMW X4 review is possible, although we have to remember that many elements of the car are still unknown to us.

It does seem strange that some auto websites are able to formulate a review of an upcoming vehicle based on limited knowledge, although that is exactly what Edmunds has done. The new X4 will sit nicely in between the X3 and X5 and to us seems more like a mini X6, which means it might not offer as much practicality in the utility area. However, when it comes to style the all-new X4 has that pretty well covered.

We would say that the X4 is a lot like the Range Rover Evoque because that is also more about looks rather than how well it performs off-road, although the newer version performs better than you would expect when taken off the gray stuff. 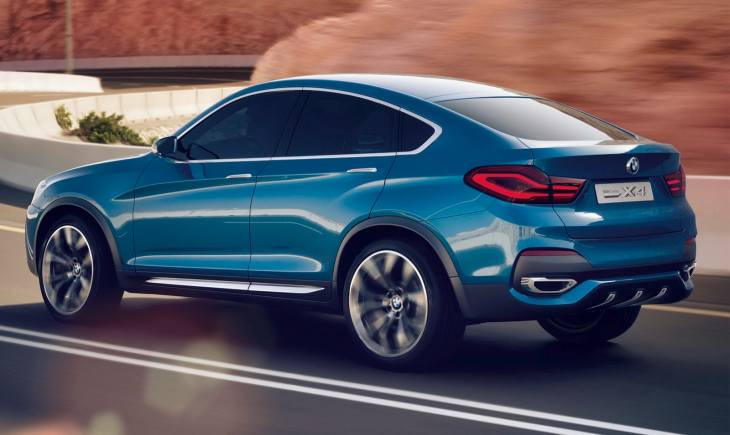 The 2015 BMW X4 specs will be very important because they need to offer a fine balance in order to generate interest from buyers, although not sure borrowing the wheelbase from the X3 was the right way to go. However, looking over some of the spy images the exterior design looks far better than the X3.

Most of what we know about its exterior is thanks to the BMW X4 concept, but over the past few months we have seen a ton of spy images, and it are these that has helped give us a better understanding of the BMW X4 exterior.

The 2015 BMW X4 price is expected to be around $45,000, although we hope to have a less tentative price once the SUV is unveiled to the world.