We are now ready for the next TOTS event and EA have confirmed that the EA TOTS for FIFA 16 release time will be today, June 3.

Ligue 1 and Serie A TOTS cards will soon end and they will be replaced by a TOTS team that has been specifically picked by EA.

As far as we’re aware, the selections will include players from the 5 major European leagues, so BPL, Serie A, BBVA, Serie A and the Bundesliga. 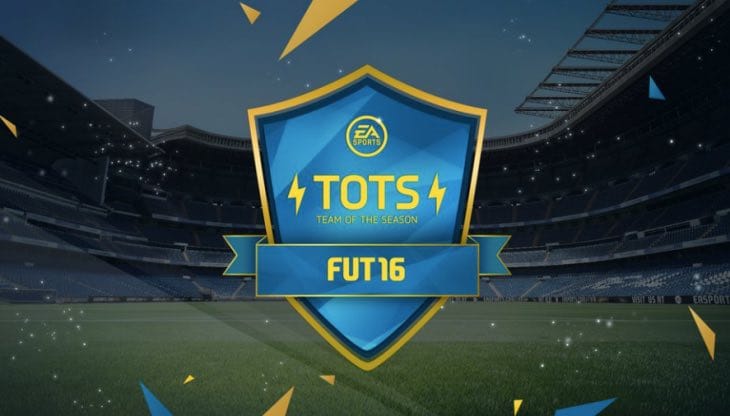 That means some players that have been picked already for a TOTS card will be picked again – will there be any brand new players selected or will we just see the same cards again in a dream team giving you another chance to get them?

Either way, you need to come back here at 3PM UK time as that’s when the team will be revealed first. The players will then be live in packs at 6PM UK and we could have the EA TOTS Tournament player available then too.

Who do you think it will be? How about Florenzi who many wanted to see in the Seri A TOTS but didn’t get picked?

Update: Here is the confirmed EA TOTS lineup, it really is the best of the best! 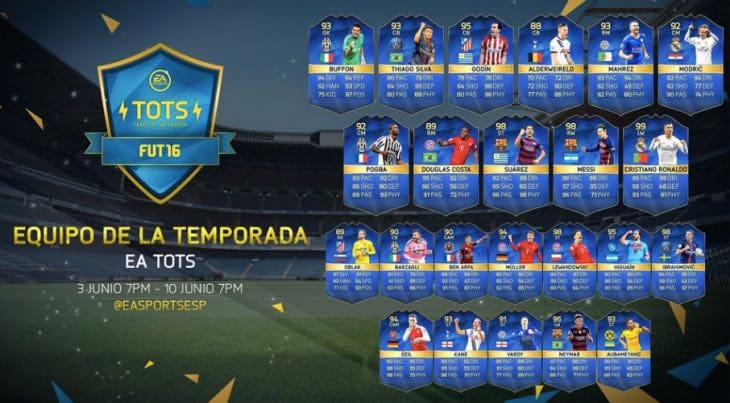