EA has been recently lately, a few hours ago they confirmed the FIFA 12 release date, now we can finally confirm who will be the cover star for EA Sport NHL 12, this year Steven Stamkos will be featured on the front cover of the game worldwide.

Each year EA choose a hockey player who has had a phenominal season, therefore Stamkos wa an obvious choice, he has been a solid rock in Tampa Bay Lightning throughout the year and when the EA SPORTS NHL Facebook page asked its fans who they wanted on the cover Stamkos’ name came up multiple times. One person’s comments summed things up by saying “Steven Stamkos whit the All-star jersey on Becuse he is maybe the best player in the world right now and hes career only going up”.

Stamkos was extremely honored to be the game’s cover star, he had this to say on the matter “I’ve grown up playing NHL videogames so it’s an honor to be chosen for the cover this year”, he has also revealed that his one-knee, one-timer signature shot has been featured in the game (see below). 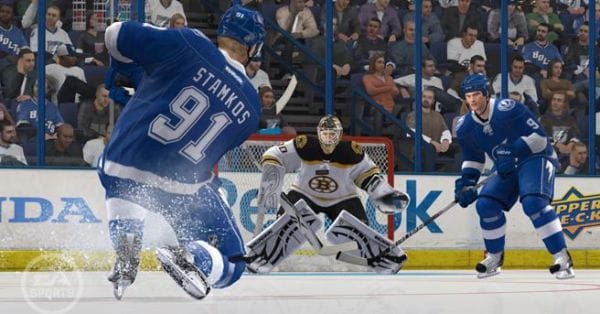 Apparently soon there will be a feature on the EA SPORTS NHL Facebook page which will allow you to see yourself as the game’s cover star, if you “Like” the Facebook page you will be able to pick your favorite team and upload a picture to make your own personalized NHL 12 cover, neat eh? Note: At the time of this post this feature was not available, hopefully it will be online soon.

Some creative fans of the page have already submitted their own images which show themselves as the cover star, you can see these here, we are impressed, are you?

Last year NHL 11 saw Jonathan Toews become the worldwide cover star, whilst the twins Daniel and Henrik Sedin featured on the front cover of the game in Sweden, also Mark Streit got the honors for the game in Switzerland, currently we have not heard if NHL 12 will have different cover stars in different regions, therefore we will have to keep you posted.

Below we have embedded an image showing the cover art for the game, obviously there will be console branding etc added to it, however the basis of the front cover is there. Do you like the cover art? Are you happy with Steven Stamkos being the cover star? Let us know in the comments section below. 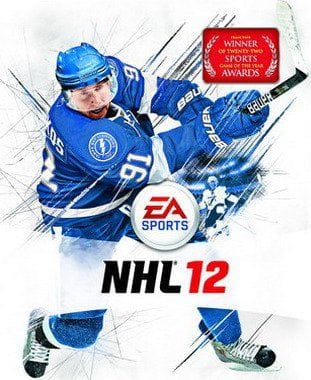