This article has since been updated after FIFA players reported problems only in the UK and on PS4. While EA servers returned momentarily, there could still be problems later on for October 11, as the reported outage took place around 10AM UK time.

Original article: We are getting reports from FIFA 16 players trying to connect to Ultimate Team that EA servers are down today on PS4, although problems only started in the last 15 minutes according to our outage page. This is also backed up by tweets arriving every few seconds on Twitter, which mainly come from PS4 gamers.

There’s no FIFA 16 maintenance scheduled on official websites and the web app worked fine for us when we checked a few moments ago. It’s also worth noting most of the EA server status updates are coming from people in the UK, so this could be an issue only on PS4 and for those of you in the UK.

Are the EA servers down for you today and if so, what country are you in? If you have problems right now, then can you confirm it’s just the UK or are you located in another country and finding FUT 16 not working on October 11, 2015. 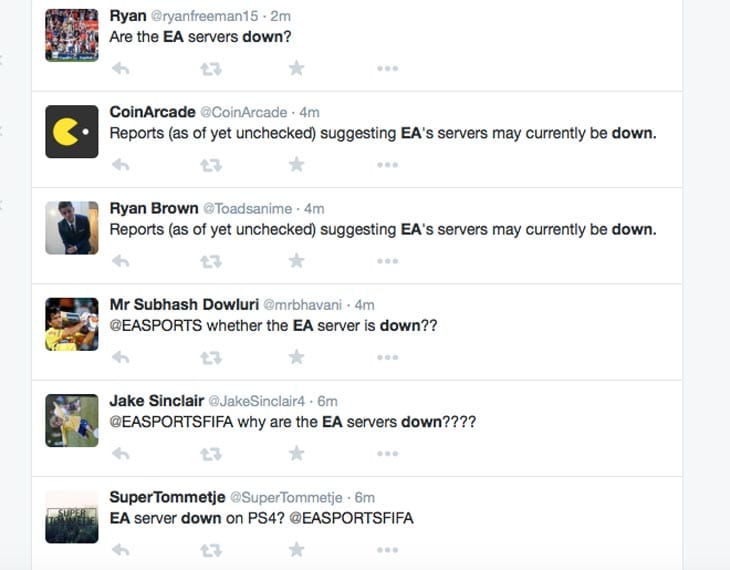 We have reached out to EA Sports FIFA on Twitter, but it’s clear a few hundred people have already done so and not received a response as of yet. You can see a few featured tweets above, although there’s plenty more reporting issues right now.

Update: Some people are reporting they had problems on PS4 in the UK, but now they are fixed.