We are getting reports that that EA servers are down on March 10 2016 with Madden NFL 16 Ultimate Team specifically affected. There has been no status update on official social media pages, but several complaints from users suggest that service has been disrupted.

Hopefully it is nothing too serious and the Madden NFL 16 servers will be back up within minutes rather than hours. Take a look at the evidence of Madden NFL 16 server problems on March 10 to confirm that servers did go offline for a period on Thursday. 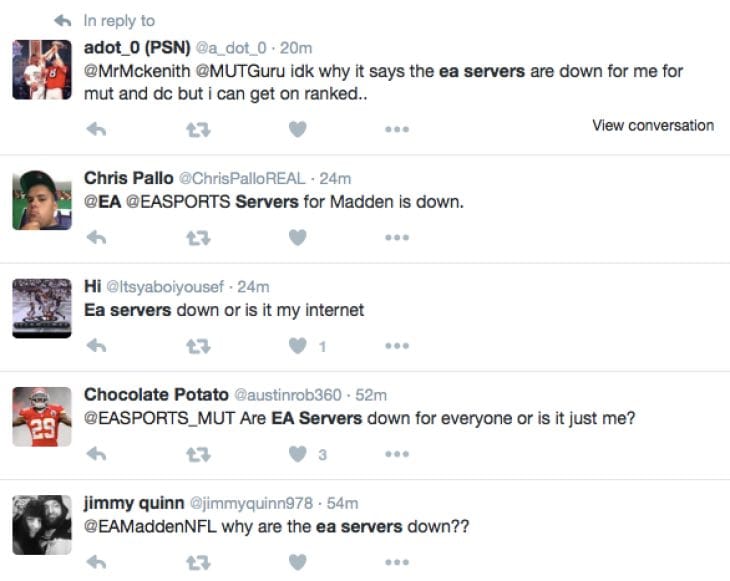 As mentioned above, the Madden NFL 16 Twitter page has not mentioned anything about scheduled maintenance, so this has taken many players by surprise it seems.

Is Madden NFL 16 down for you right now, or can you sign in without any issues? Leave your status below and let’s see how widespread this is.