We have heard about FIFA 15 online play not working correctly over the weekend, but within the last few minutes an increased number of gamers claim EA servers are down today, January 5 2015. The error message being displayed states, “EA servers are unavailable” and displays in different ways for select games.

If EA servers are down on Jan 5, then this would certainly impact many games and more than just FIFA 15. You will see hundreds of tweets within the last 30 minutes, which include communication between friends asking why they haven’t joined in online games. One player replied to such a question, “I did try to join, but it days EA servers are unavailable”.

You can see the said tweet below, although this is just one of hundreds of messages on different social networkings that include Twitter. Within the last 10 minutes we saw these tweets, “EA servers are down, might as well forget about playing”, “EA servers not working again, they’re just being whack”, and also “Bought madden for my Xbox and I can’t sign into EA servers”. 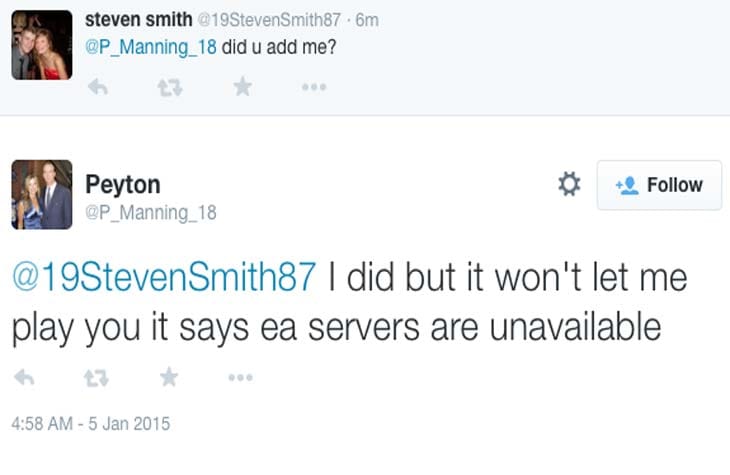 Are you having problems with EA servers down today and if so, what game are you playing? This story is developing and we will have an update shortly, although no official response has been given from EA Sports or the FIFA channel.

Update: It looks like there’s many disconnections taking place from EA servers, and then players can’t get back online. Many are deciding to play offline until the problem is fixed.