On the same day FIFA 15 received a new 1.05 update for PS4, it seems the EA Servers have gone down and caused thousands to complain that FIFA 15 Ultimate Team is not working. Not only is Twitter receiving hundreds of tweets with players reporting problems, but also the EA FIFA 15 status page on Down Today has many updates reporting issues.

One user said, “I keep getting the message there was a problem communicating with the FIFA 15 Ultimate Team servers transfer market”. This particular user was on PC, although another Product Reviews reader reported that FIFA 15 won’t work on PS4. It looks like all platforms are impacted by the issues and Ultimate Team isn’t working on all of them, according to the latest reports. 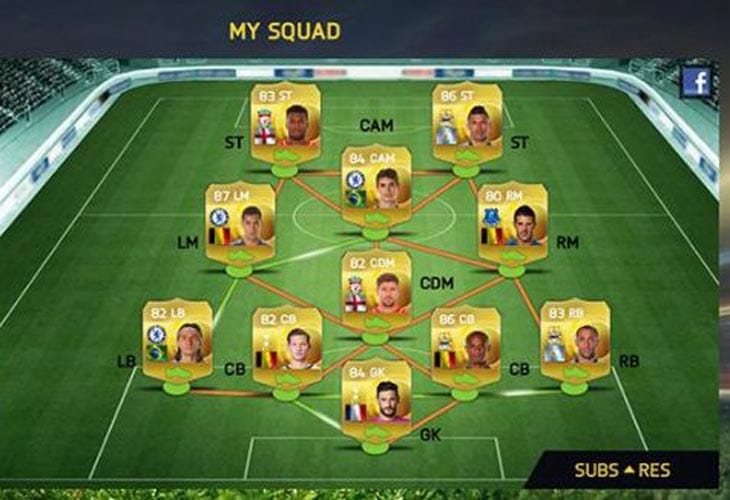 The current problems might be related to today’s update, although this hasn’t been confirmed at the time of writing. We reached out to EA Sports for comment, informing them that gamers can’t sell players or connect to servers. An update has been posted below after EA commented on the outage. 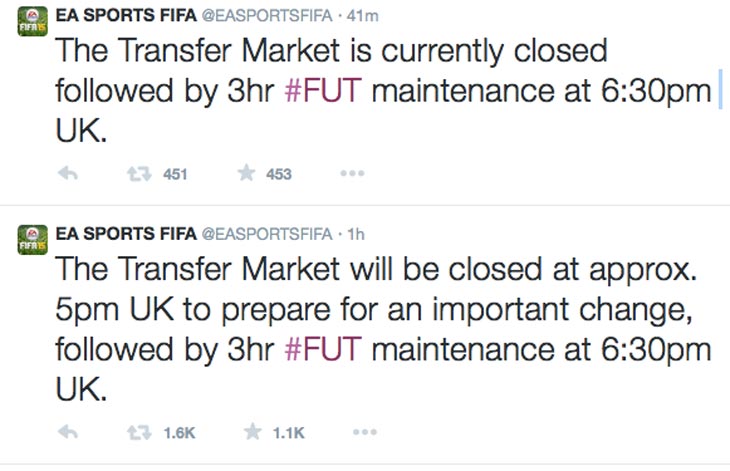 Update: Two recent tweets on EA Sports FIFA channel reveal that the Transfer Market is currently closed, which will then be followed by around 3 hours of FUT maintenance from 6:30pm in the UK. You can expect the FIFA 15 UT maintenance to end around 9:30pm in the UK, so it looks like many gamers won’t be getting online tonight.