The EA servers for FIFA 15 are being reported down today by players and the official EA Sports Twitter account published some confirmation on January 26, 2015.

While we didn’t get exact reasons for EA server problems, it’s clear that certain gamers will be experiencing servers unavailable today and we’ve seen reports to this fact on Down Today. In fact, since writing this article we saw at least 20 further reports of server issues on the said status website. 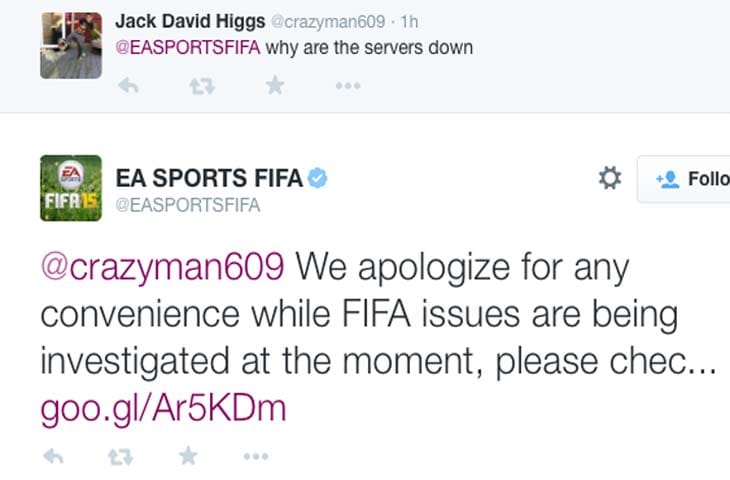 The official EA Sports FIFA channel had this to say moments ago, “We apologize for any convenience while FIFA issues are being investigated at the moment”. It is good that this tweet confirms the problems are not at the user end, although the lack of details and any ETA for a fix is sure to frustrate FUT players.

Are you having issues accessing FIFA 15 online play and if so, what city or country are you located in? We have seen reports from Product Reviews readers as well, which point to at least the UK and United States eastern seaboard running into server outages. We tried to access FIFA 15 online play on an Xbox One, but found the loading screen getting stuck while the game tried to access EA servers.